Explore this beautiful home and its secrets through a trip back in time to discover the history of the family and the place where they lived.

It’s one of the most beautiful private homes in Europe, it has welcomed princes and princesses and enchanted director Luchino Visconti, who used it as a set for a movie. The rooms, the furnishing and the artworks maintain a charm and beauty that bring us back to the splendour of the 1800s.
The 12 rooms display furniture, paintings, porcelain, art pieces made out of alabaster and other artworks, all representing Italian, European and Oriental art between 1400 and 1900. It all still looks the way it has for centuries. 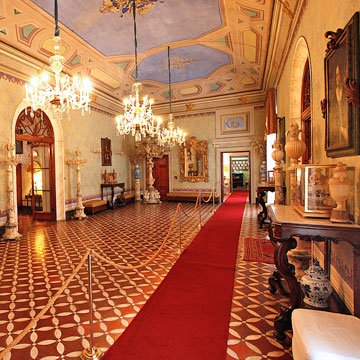 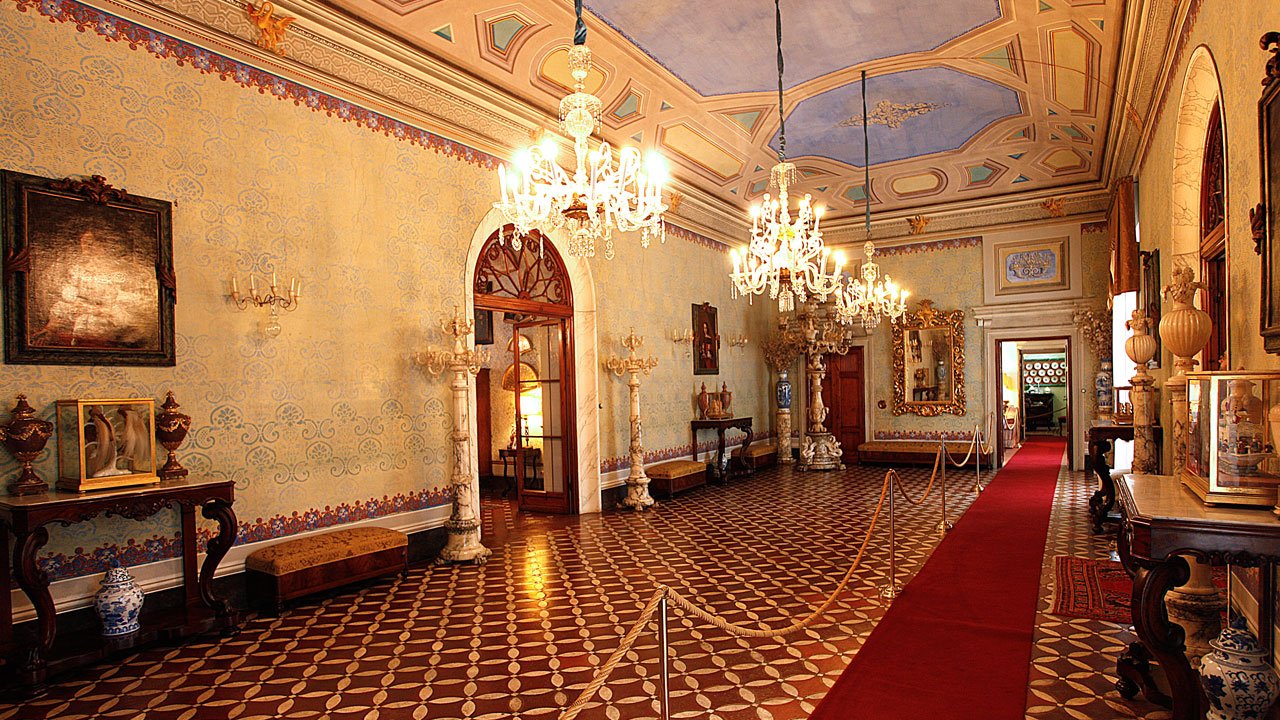 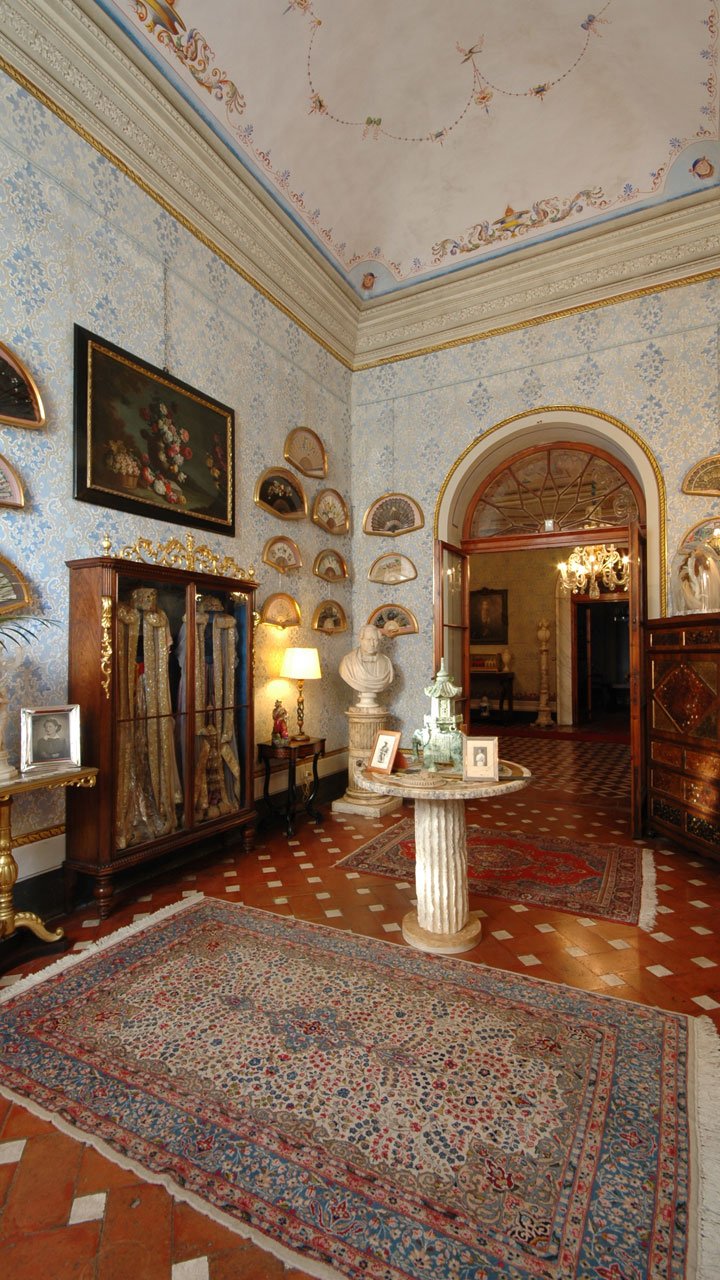 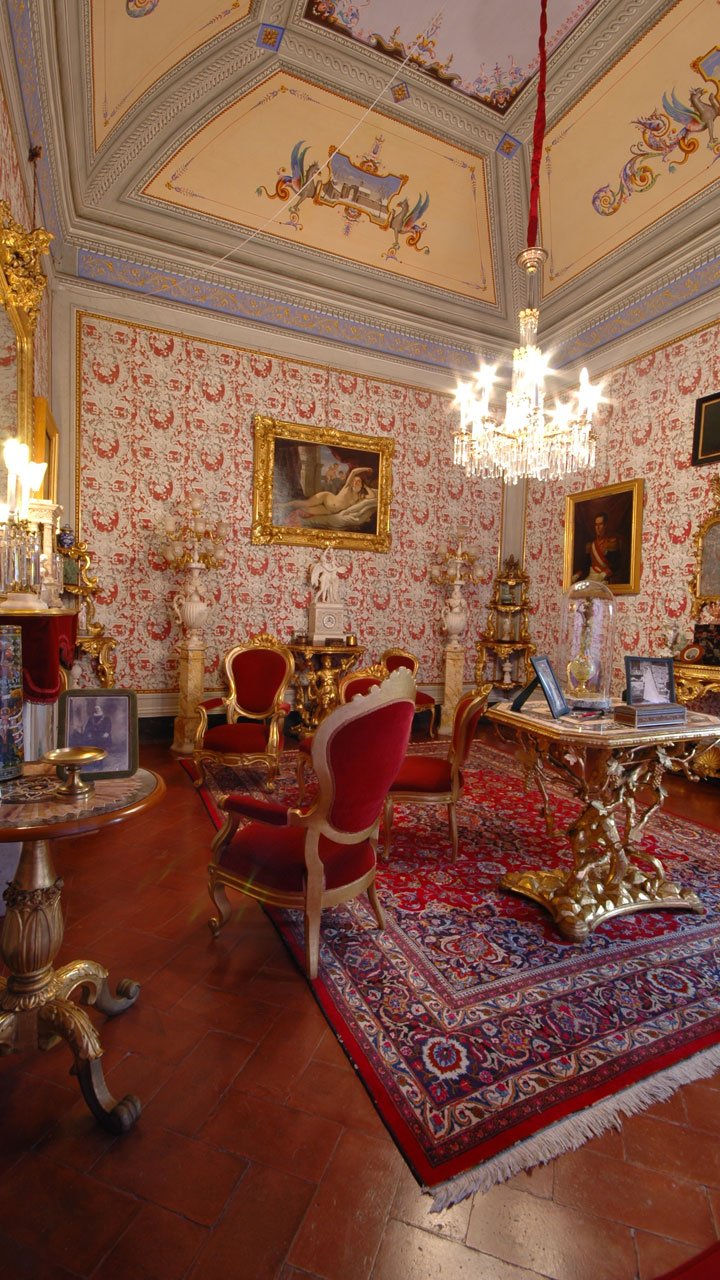 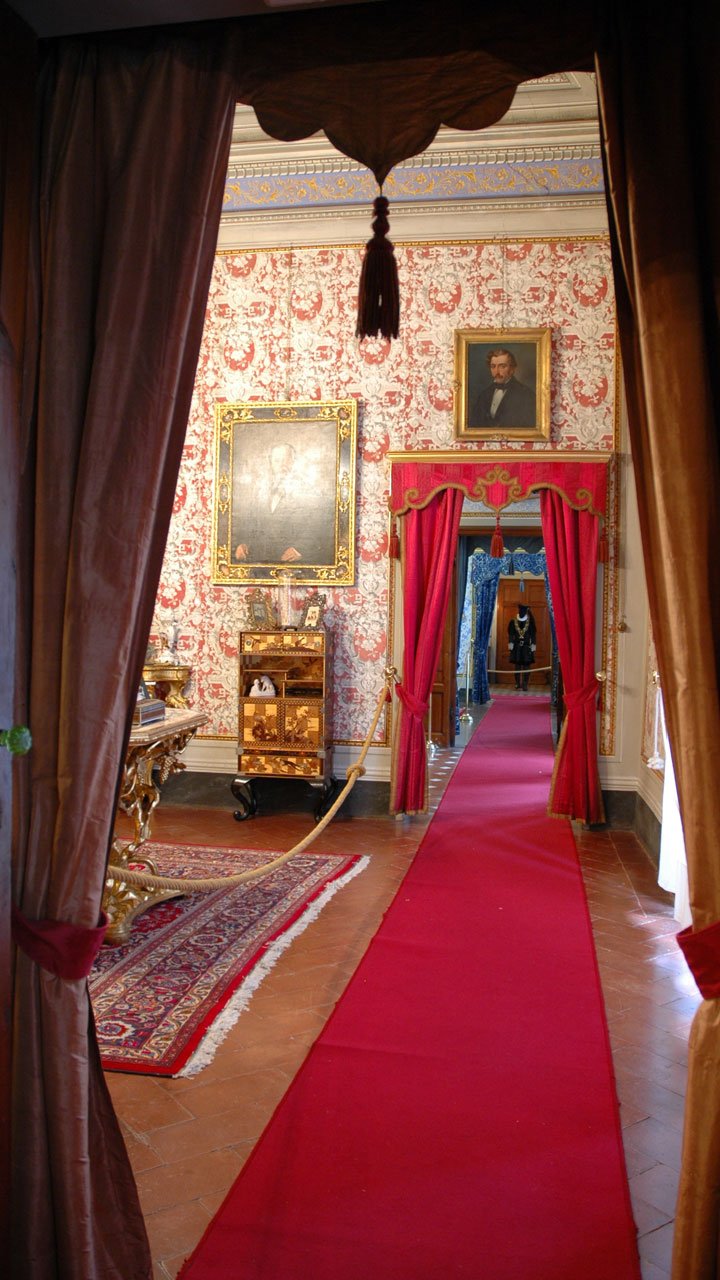 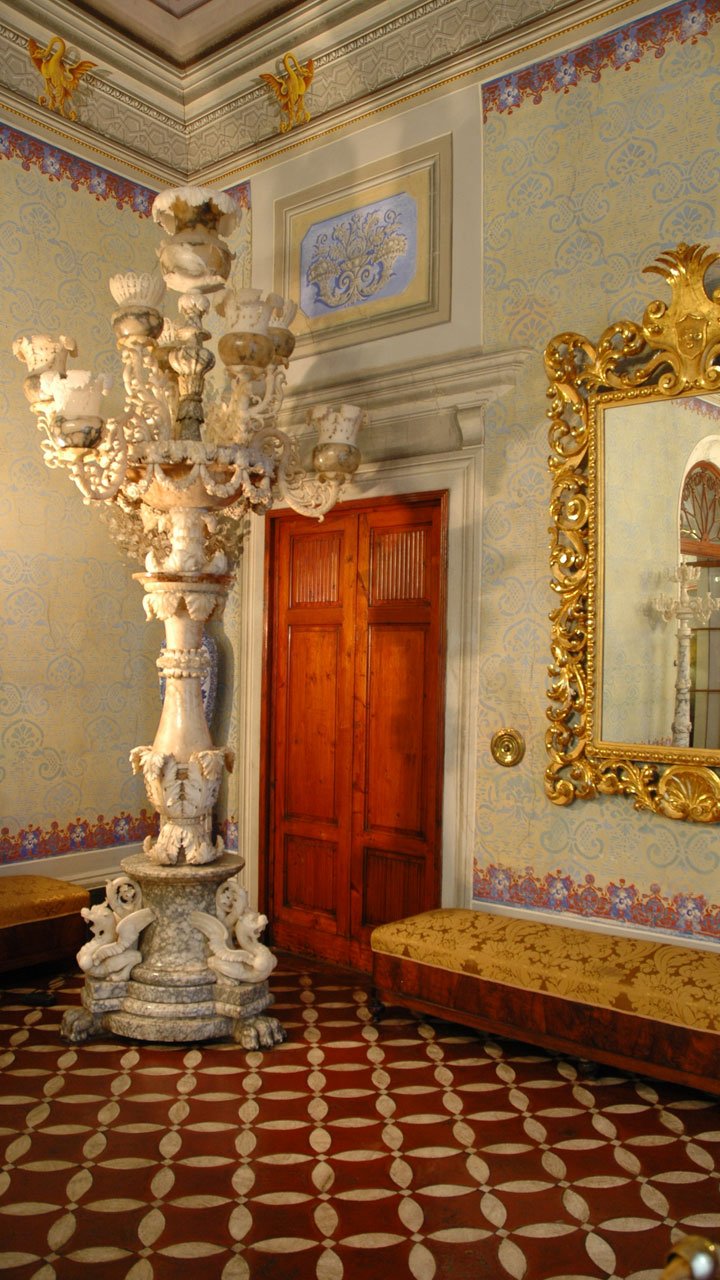 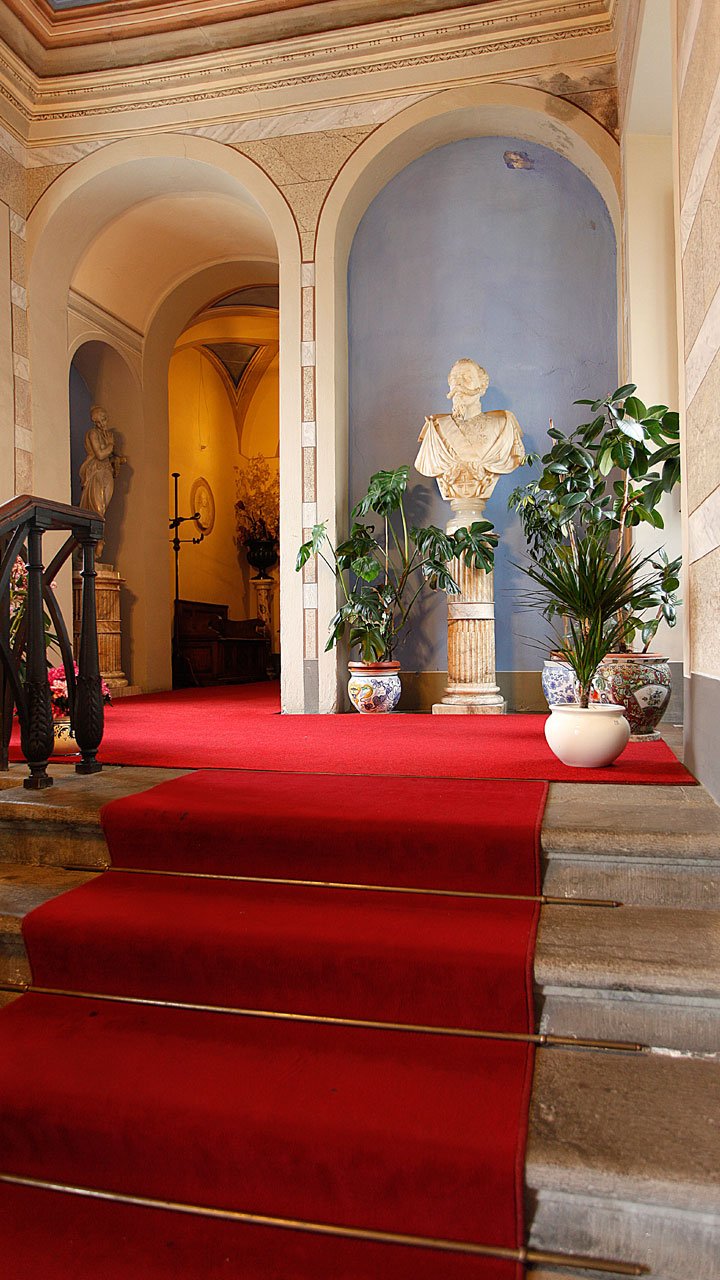 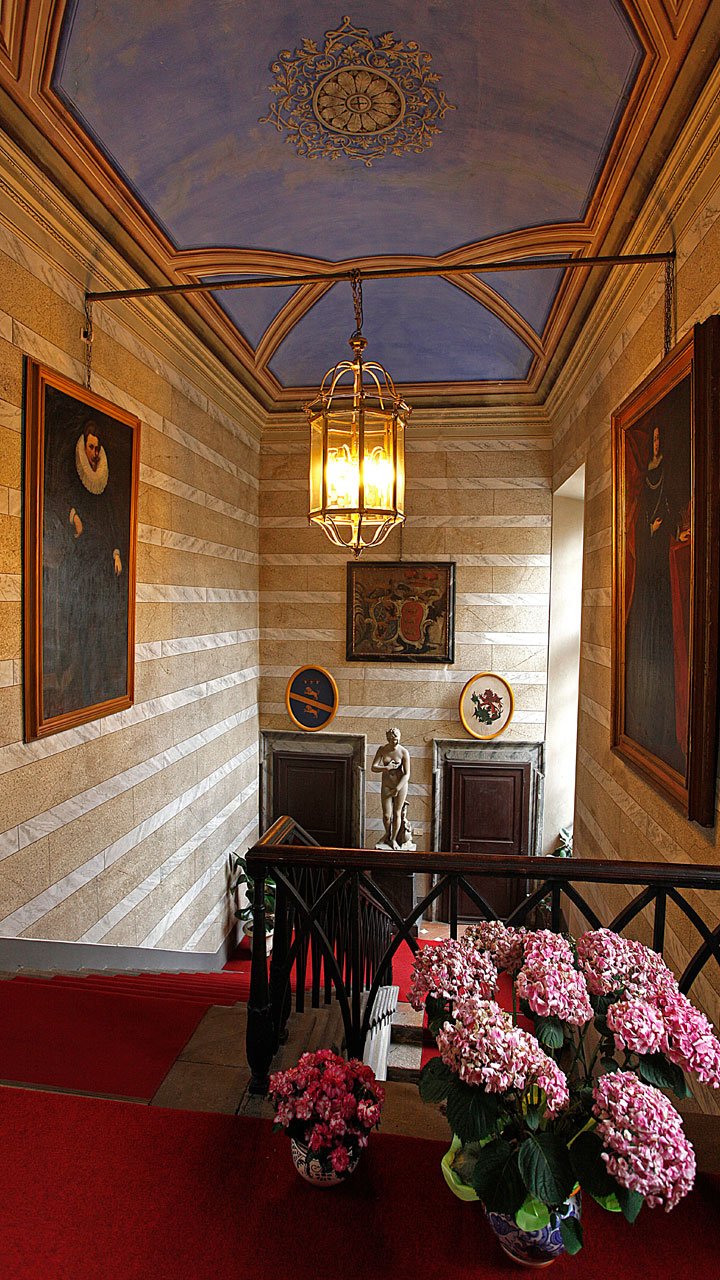 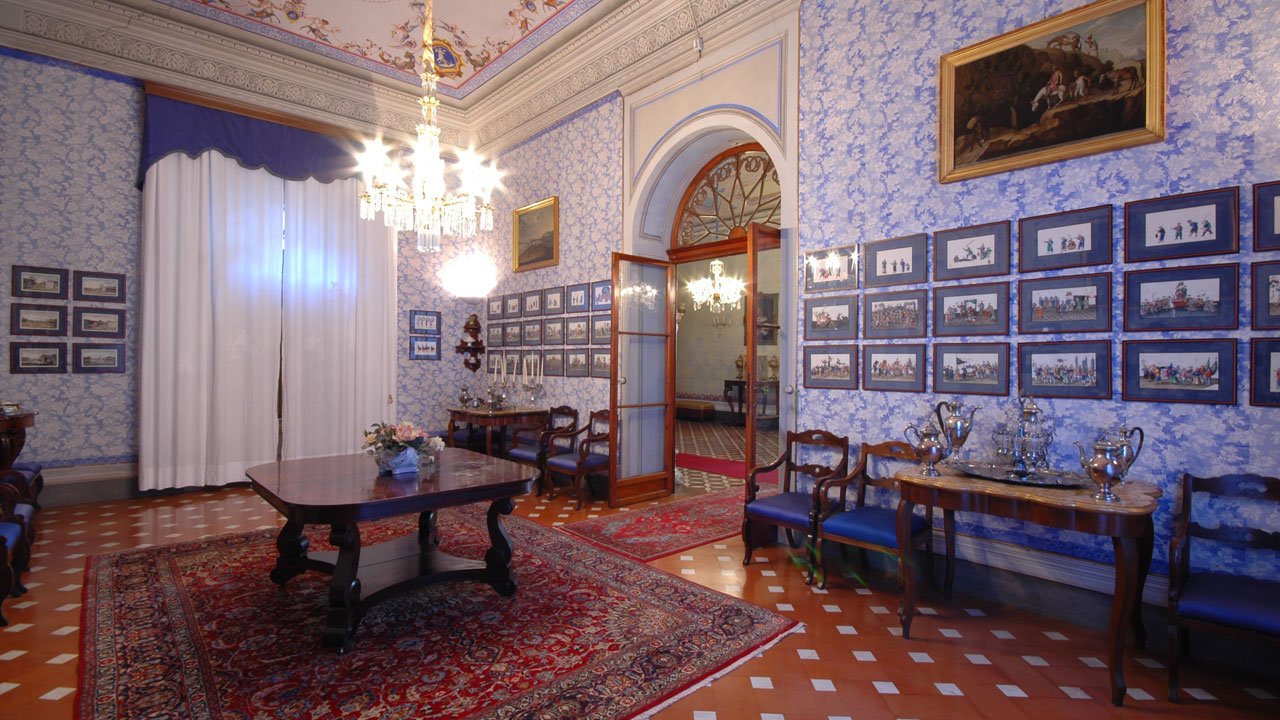 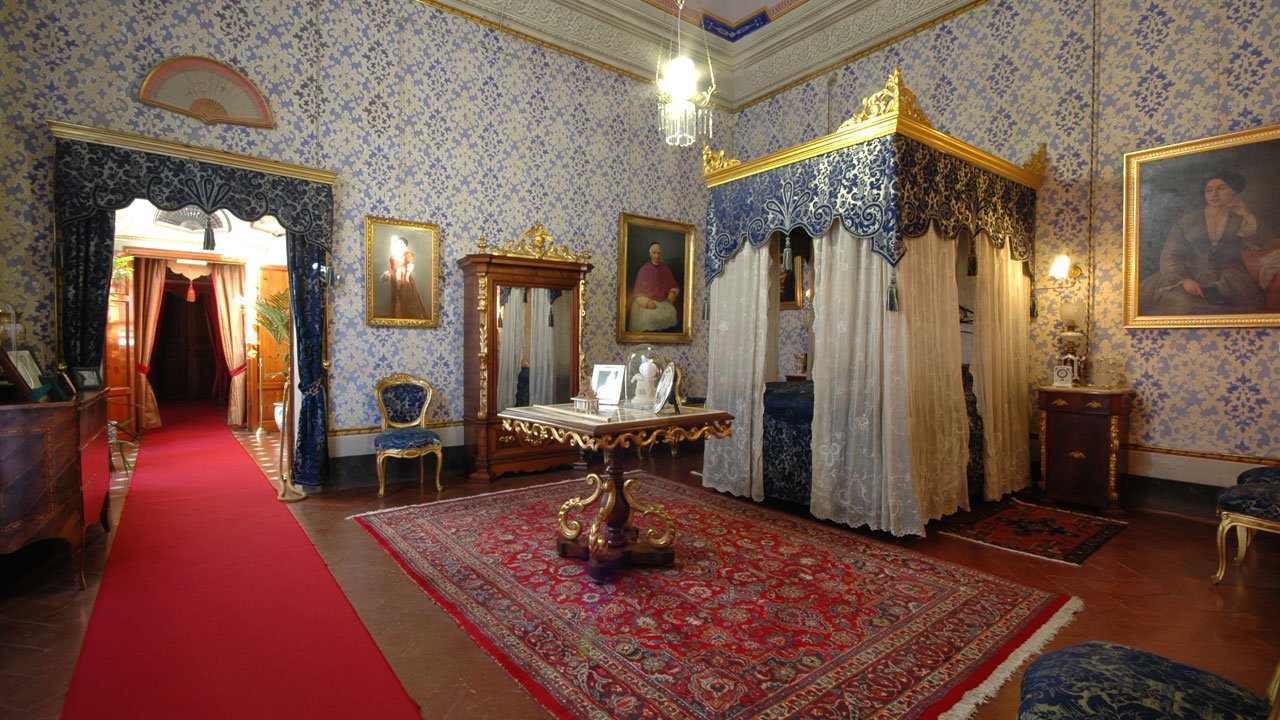 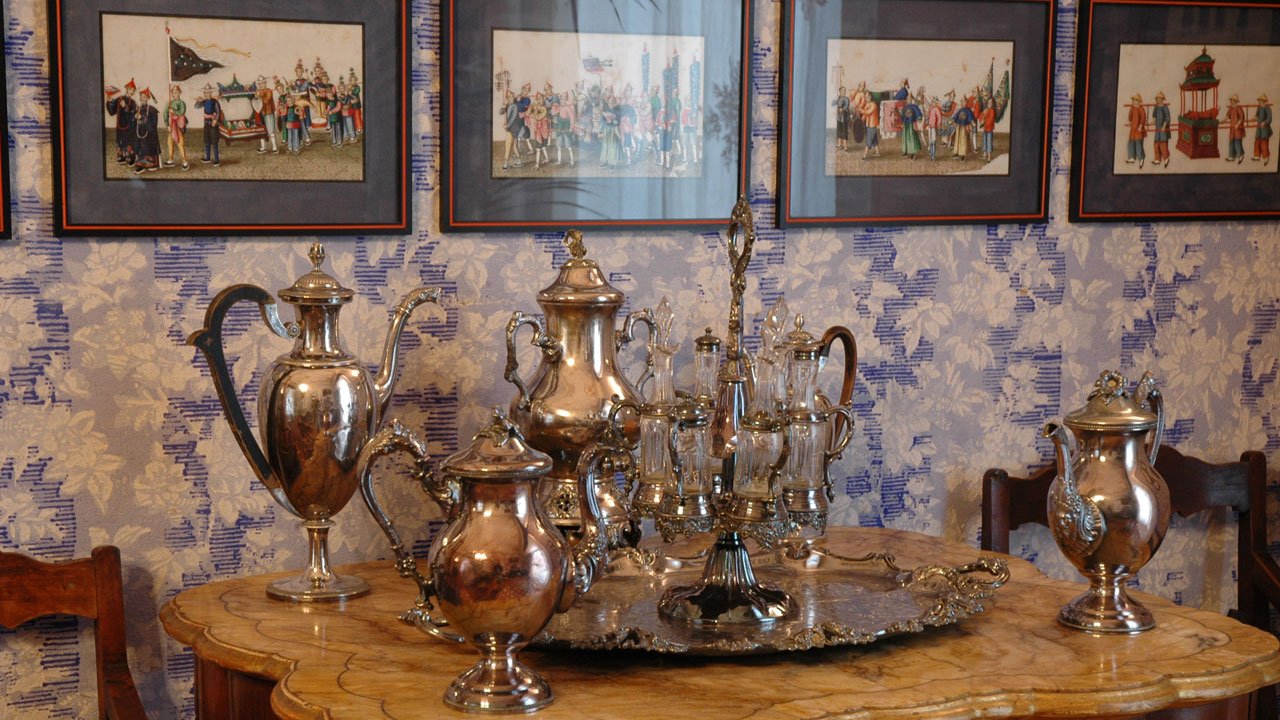 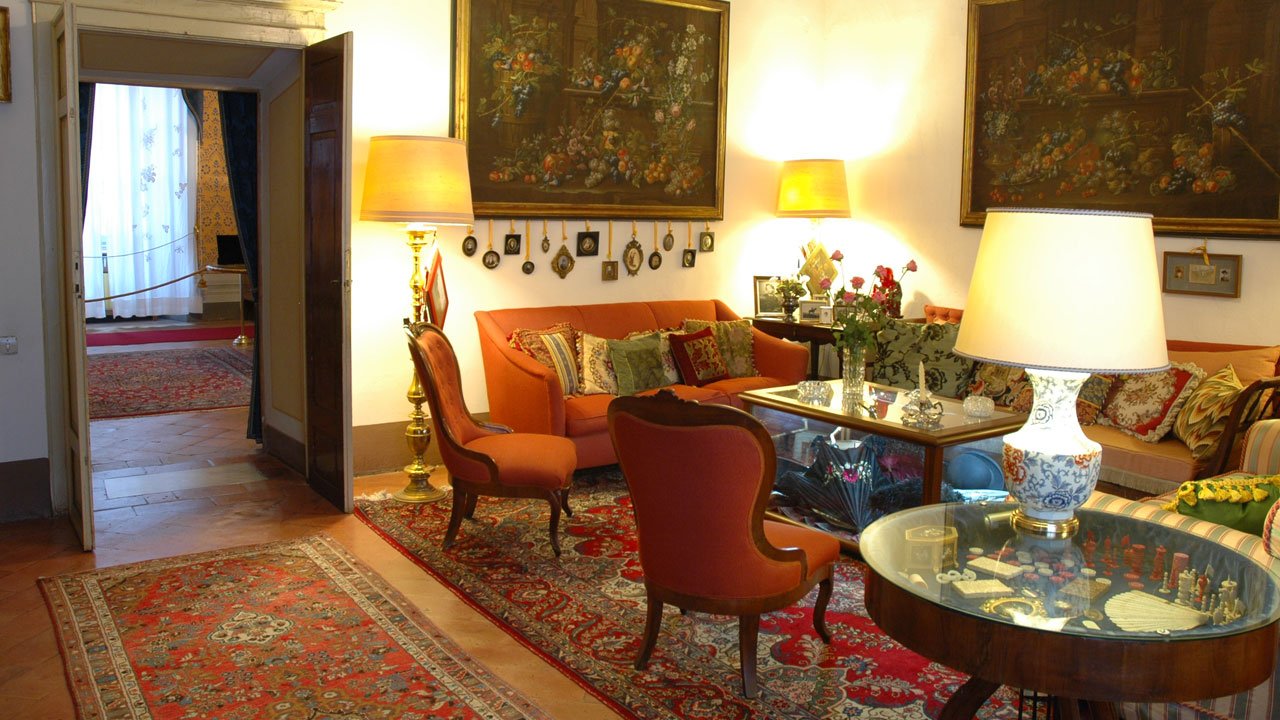 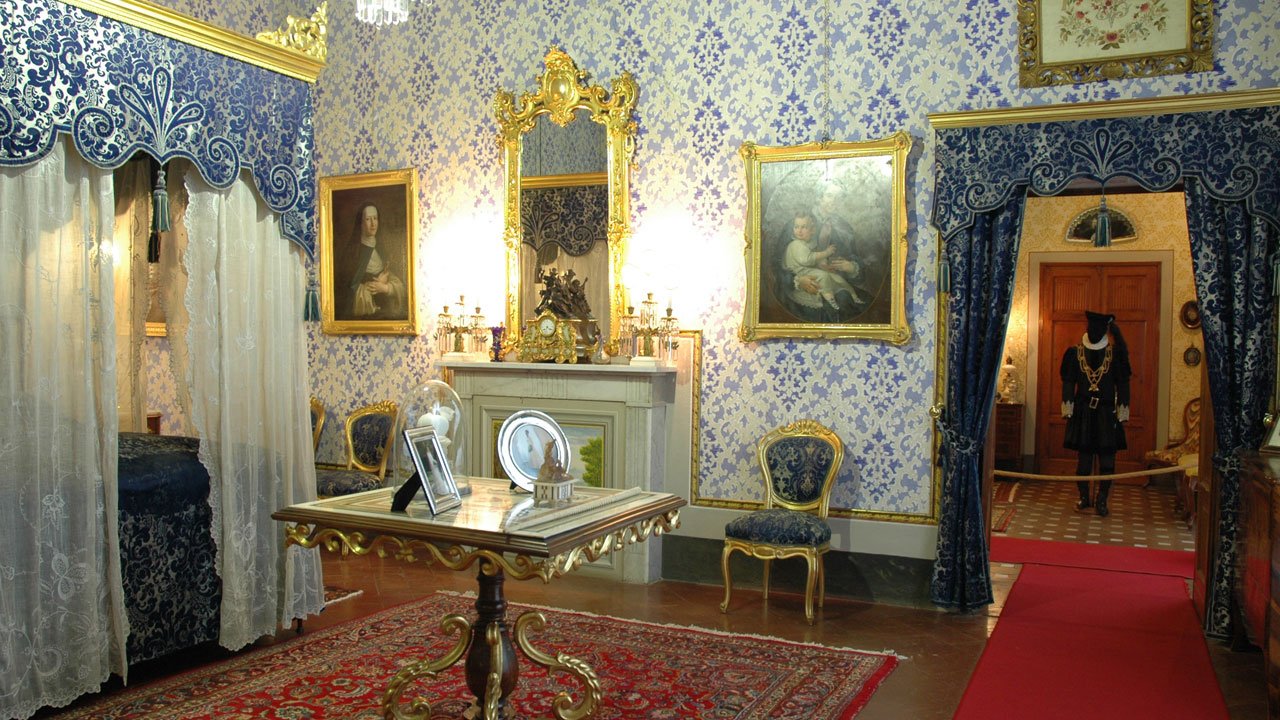 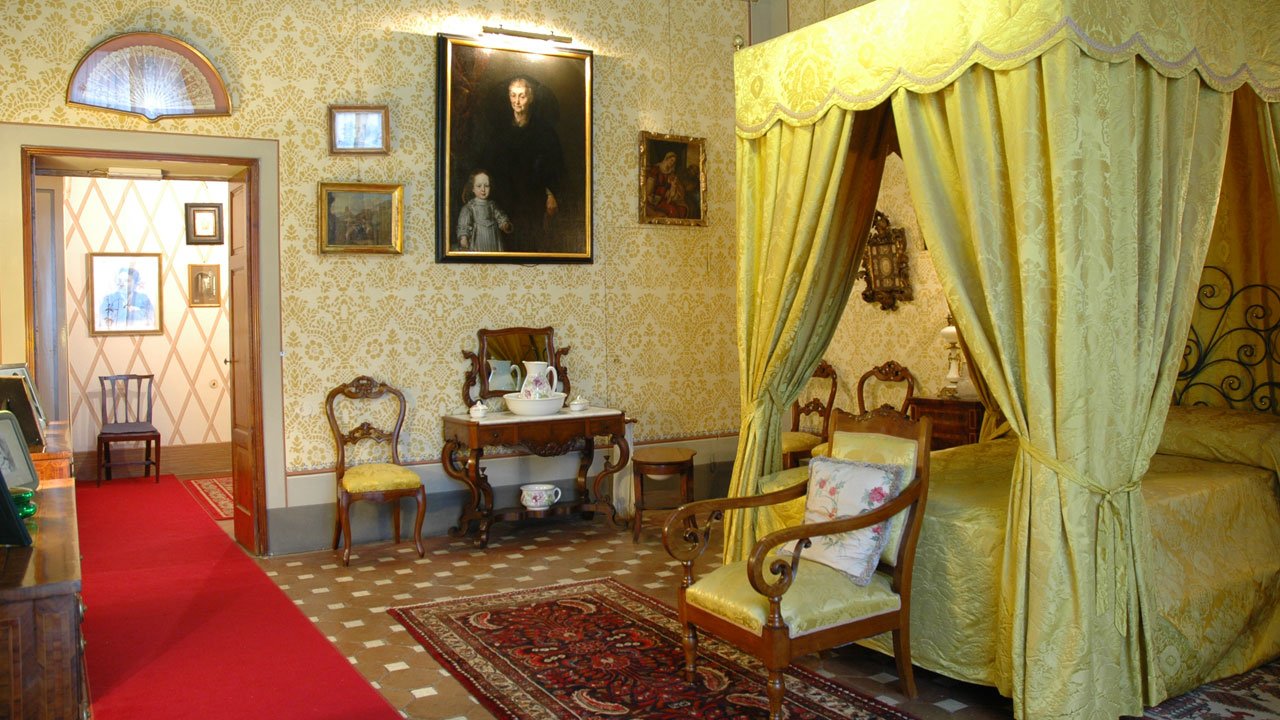 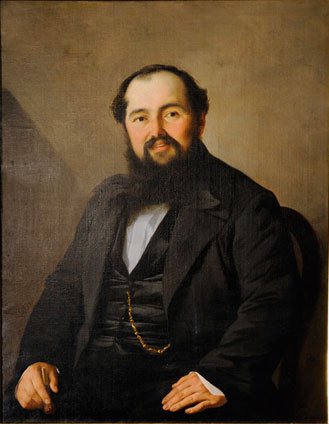 Giuseppe Viti (1816-1860), is one of the most important characters of 1800s Volterra. He was a representative of a movement that the local historians call “Alabaster Travelers”. This movement is unique to Italy, and it is what allowed the city to re-flourish economically. Giuseppe Viti was born in a family of wealthy alabaster artisans. At the early age of 8 years old, he went to the United States with his father, where he learned English and, as he said in an autobiography, to count. After 5 years in America, in 1833 he came back to Tuscany and decided it was time to “do it on his own”, so he went on his first business trip, bringing alabaster pieces to the United States.

However, this American experience was a total failure, so much so that his father Niccolò threatened not to welcome him in his home again, if he didn’t come back to Italy immediately with at least a part of the money he had invested in the business attempt. Discouraged by this but not overcome yet, Viti went back to Volterra in 1841 with the clear intention to go back to America as soon as possible. So, after convincing his father again and finding some investors amongst the alabaster-workers of Volterra, Giuseppe Viti went on his second business trip after only 6 months, this time to South America. Despite the political ups and downs South America was going through at the time, Viti managed to make a lot of money and to even open a store in Rio de Janeiro for some time, also thanks to what he had learned from his previous failure.

This time, he came back home in 1845 as a winner. Parents and relatives filled him with compliments and gifts, but he still wasn’t happy, probably because his adventurous spirit was leading him to dream about new horizons. With the support he had gained, he managed to get the funding he needed to go on his last and most profitable business trip, the one to Asia. He left in 1846, went through Egypt, embarked towards India and eventually arrived in Lucknow, capital of the Indian region Oudh. Here he met and became friends with the local Master Wajid Ali Shah, a historically relevant figure because of his involvement in the Sepoys rebellion. The Rajah liked Viti so much that he bought all of his alabaster pieces and even nominated him first advisor and then Emir of Nepal. In 1848, Giuseppe had become rich and, because of the British consul and the Rajah’s minister, who were envious of his success, and the situation in Italy at the time, with him being a republican patriot, he decided to go back to Italy.

When he arrived in Volterra in 1849, the whole city welcomed him with enthusiasm. He had earned a high-profile position in the local society, and the amounts of money he had brought back allowed him to buy the “palazzo” of the Incontri family. He never left Volterra again after 1849, not because he was tired or sick, but because he had something more important to worry about. As a matter of fact, the Unification of Italy had always been a dream of his, which he saw become true at the end of his life.

Thank you to Doctor Emiliano Raspi for writing this piece