The Etruscan origins of Porta all’Arco

The Porta all’Arco gate is one of the main Etruscan architectural monuments in Volterra.
The gate, opening on the South side of the walls, is characterised by an arch made out of ashlars and decorated by three heads made out of stone.
One can immediately notice that it was built with different materials and techniques, which shows that it has been restructured throughout the centuries. The jambs are made out of big blocks of sandstone, locally called “Panchino”. The three heads and the arch are made out of two different types of stone: the blocks of the arch are “tufo di Pignano”, a calcareous rock extracted in a quarry not far from Volterra, whereas the heads are carved into selagite, a rock extracted in the area of Montecatini Val di Cecina.

Not only does the gate have an unusual structure, but the meaning behind the three heads on the arch is unknown, which adds an element of mystery to the monument.

The most reliable hypothesis is that the heads represent the gods protecting the city of Volterra. An urn in the Guarnacci Museum dating back to the 1st century b.C. portraying a siege includes an image of the gate with its three heads, which probably makes it the oldest representation that we have of the Porta all’Arco.

Experts weren’t able to exactly date the whole complex, but they noticed two different building phases: the jambs, which were built at the same time as the larger Etruscan walls, date back to the 4th century b.C., whereas the arch looks like it was built afterwards, probably at the end of the 1st century/beginning of the 2nd century. They also can’t tell if the gate’s original plan included an arch or just a simple roof held up by an architrave.

Today, the gate is a part of the medieval walls, since the original walls were demolished and then built back at the beginning of the 12th century.
In 1329, a tower was built above it, which housed the arch’s guards and was demolished in 1540.

Next to the Porta all’Arco hangs a plaque reminding of an important event that took place during the Second World War. On June 30th 1944, Nazi occupiers threatened to blow up the Port all’Arco in order for the American tanks to not be able to enter the city. Once the news spread around Volterra, the people opposed this initiative, and the German occupiers allowed them to keep the gate if they could build one in 48 hours. After a long day, Volterra’s men, women and children of every class managed to unpave the road and build a bulwark inside the door in only 24 hours.

After the war, the Italian Government awarded the people of the city of Volterra a silver medal for bravery.

DOWNLOAD THE GUIDE TO THE ETRUSCAN AND ROMAN VOLTERRA 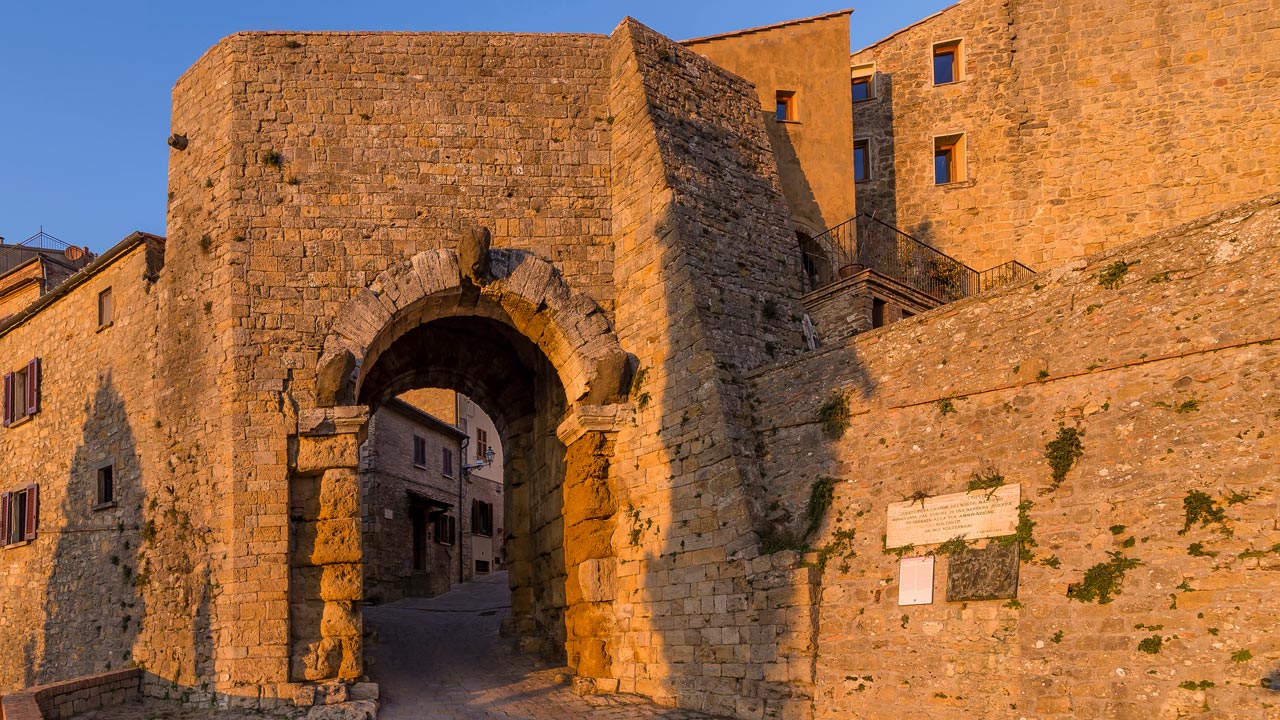 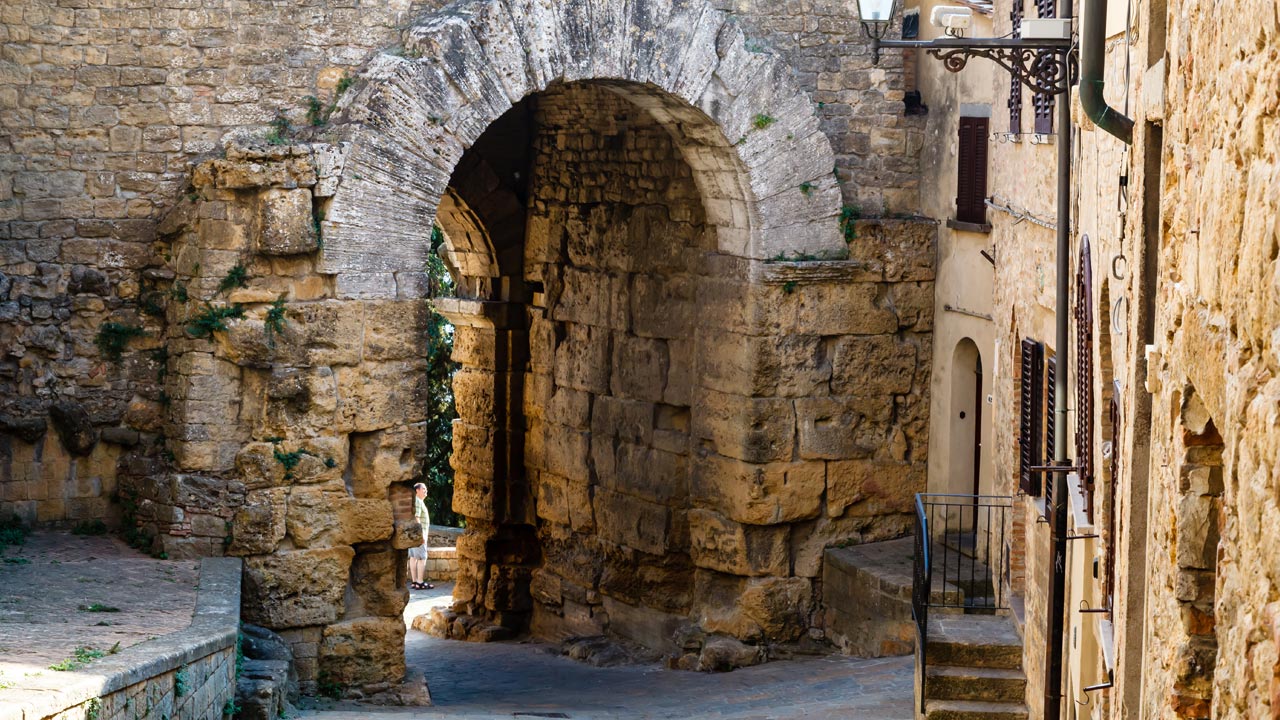 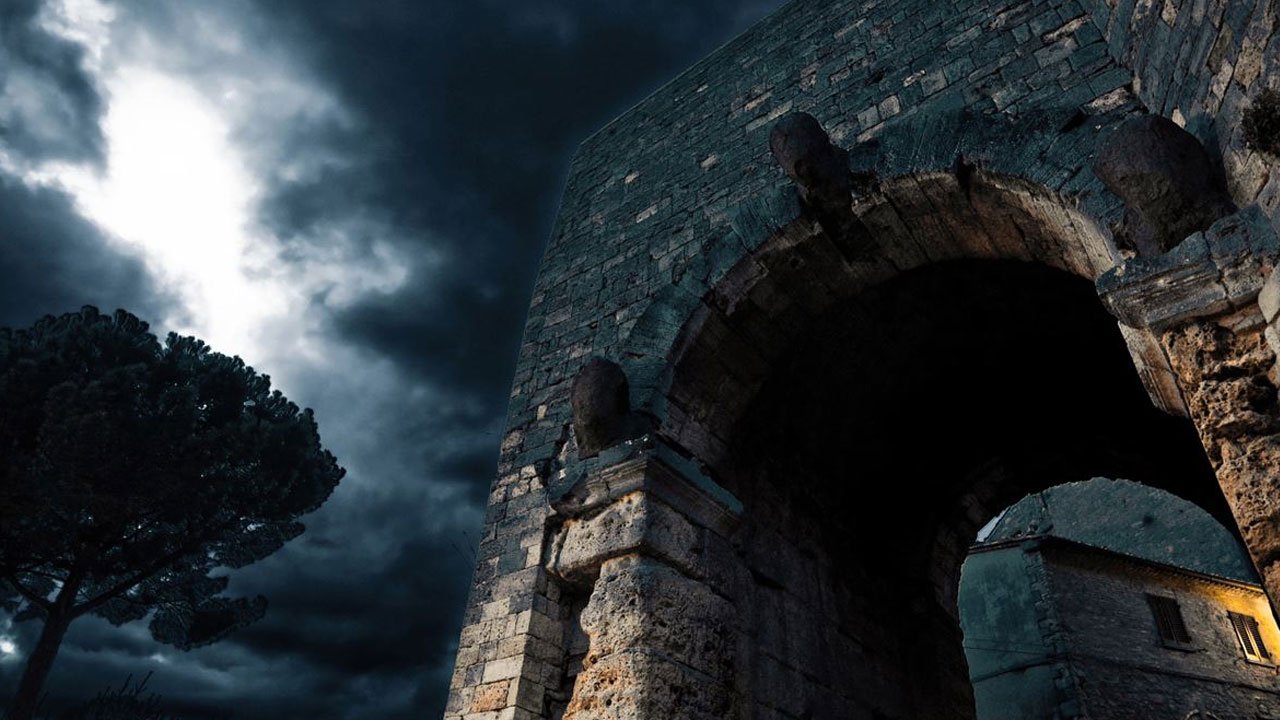 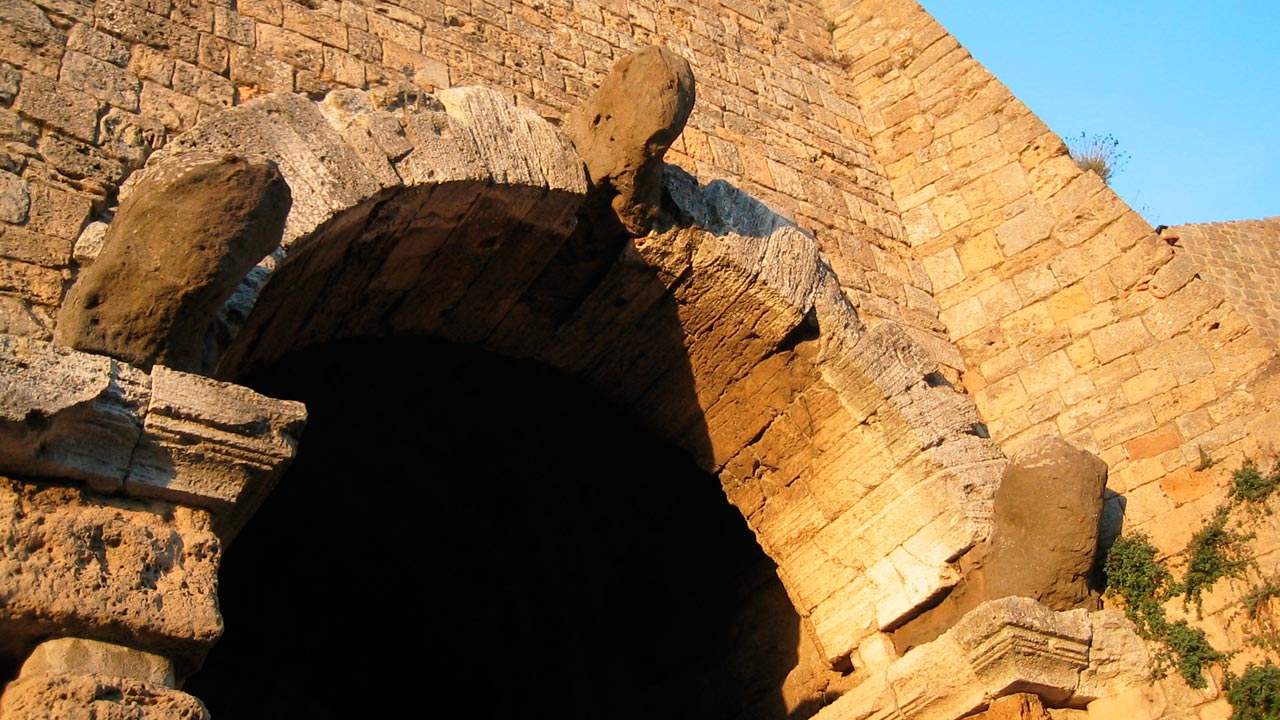 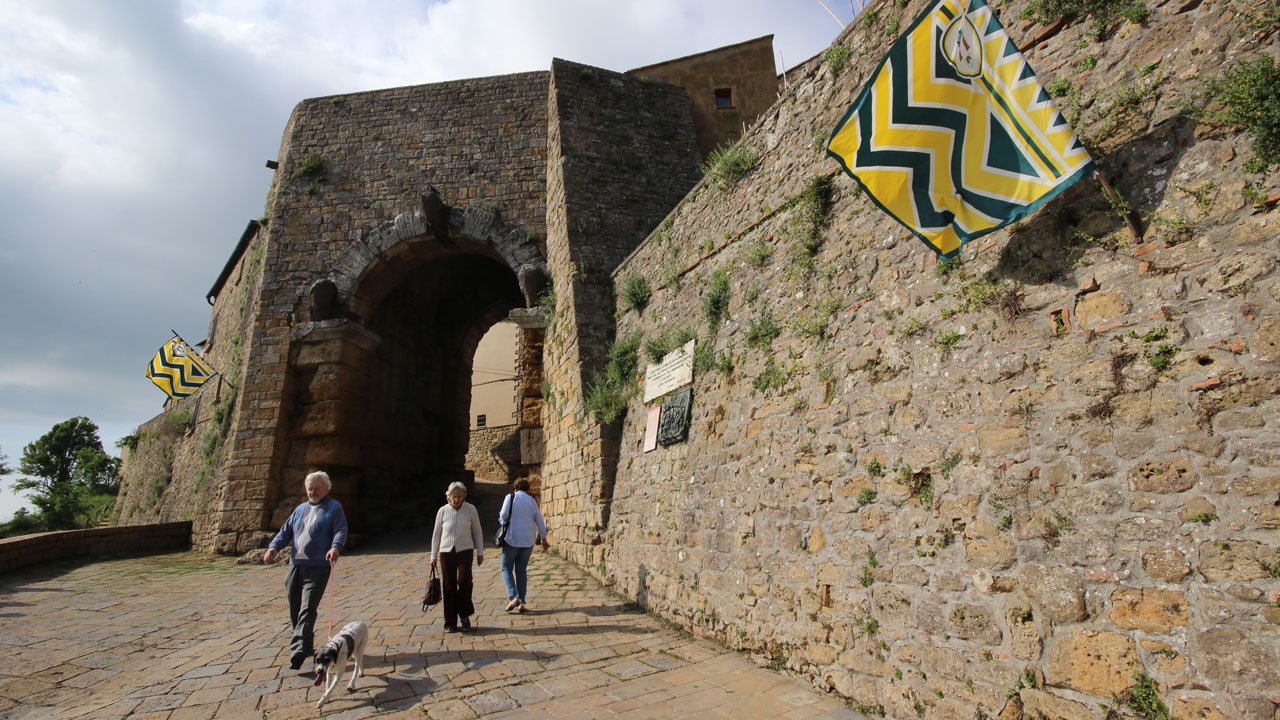 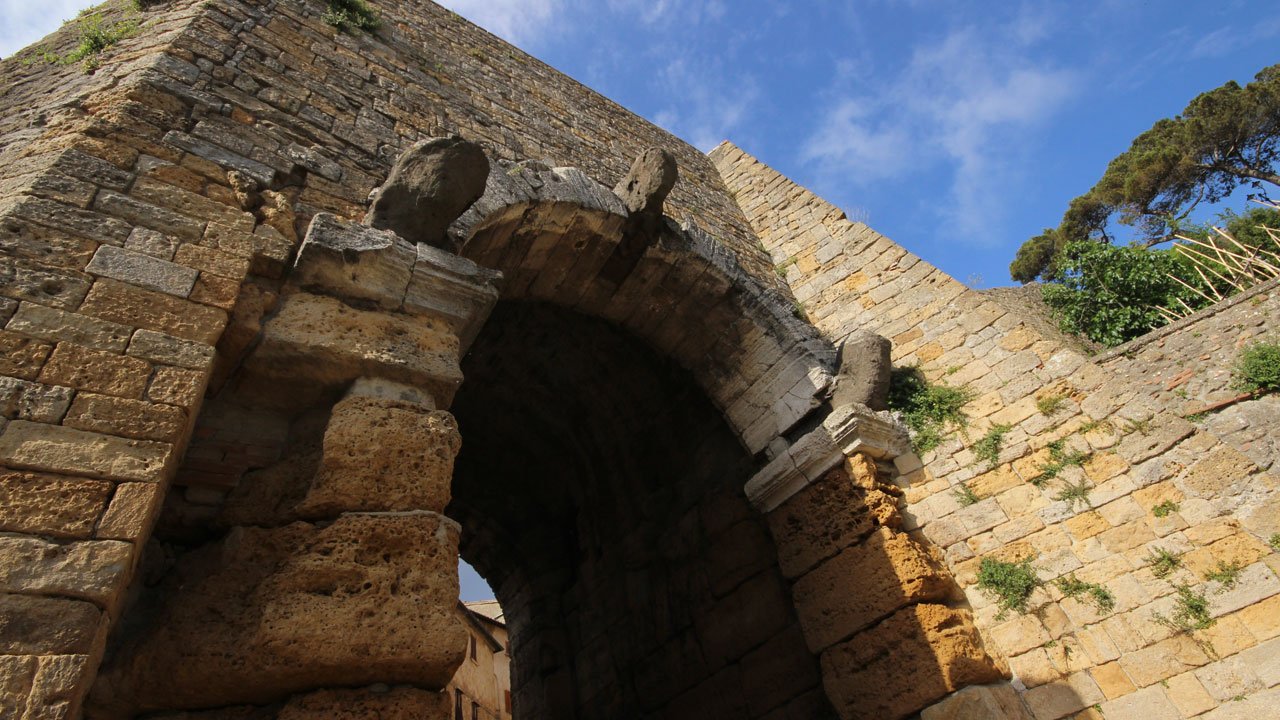 Discover more about Volterra and the Etruscans!

The Guarnacci Museum,
a journey back three millennia

to discover the Etruscans!