Art and spirituality: Volterra and its timeless beauty

The ancient devotion leaves Tuscany and Italy with unparalleled artworks

The Sacred Art Museum is located inside the Sant’Agostino church. It gathers the original liturgical objects of the church, pieces from the Cathedral of Volterra and other churches in the dioceses, including paintings, reliquaries, liturgical objects and furnishings.

NOVEMBER and DECEMBER: on reservation only 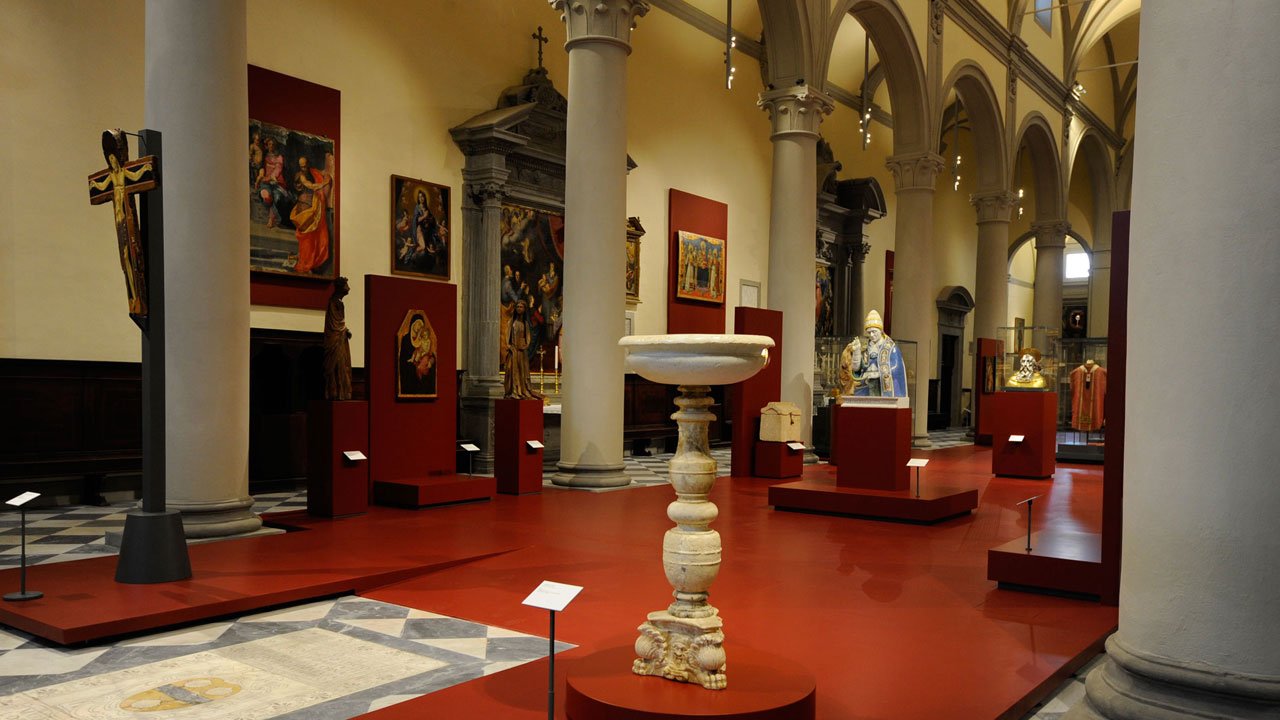 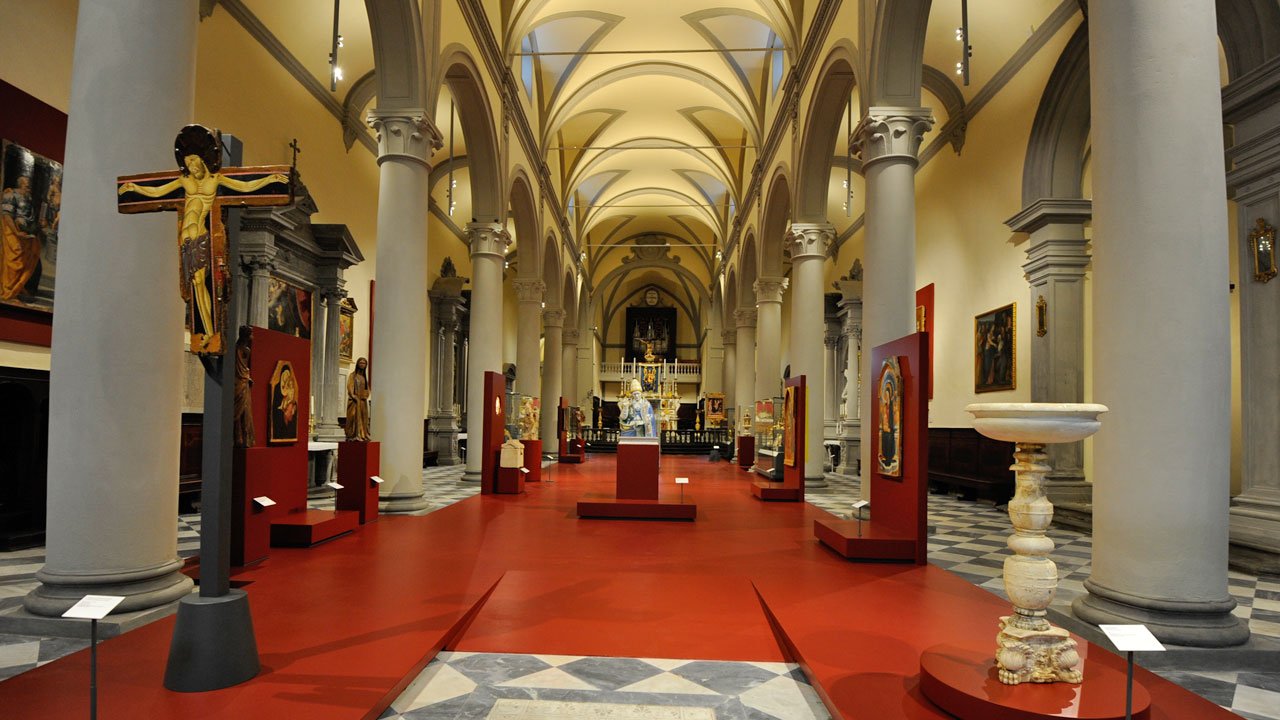 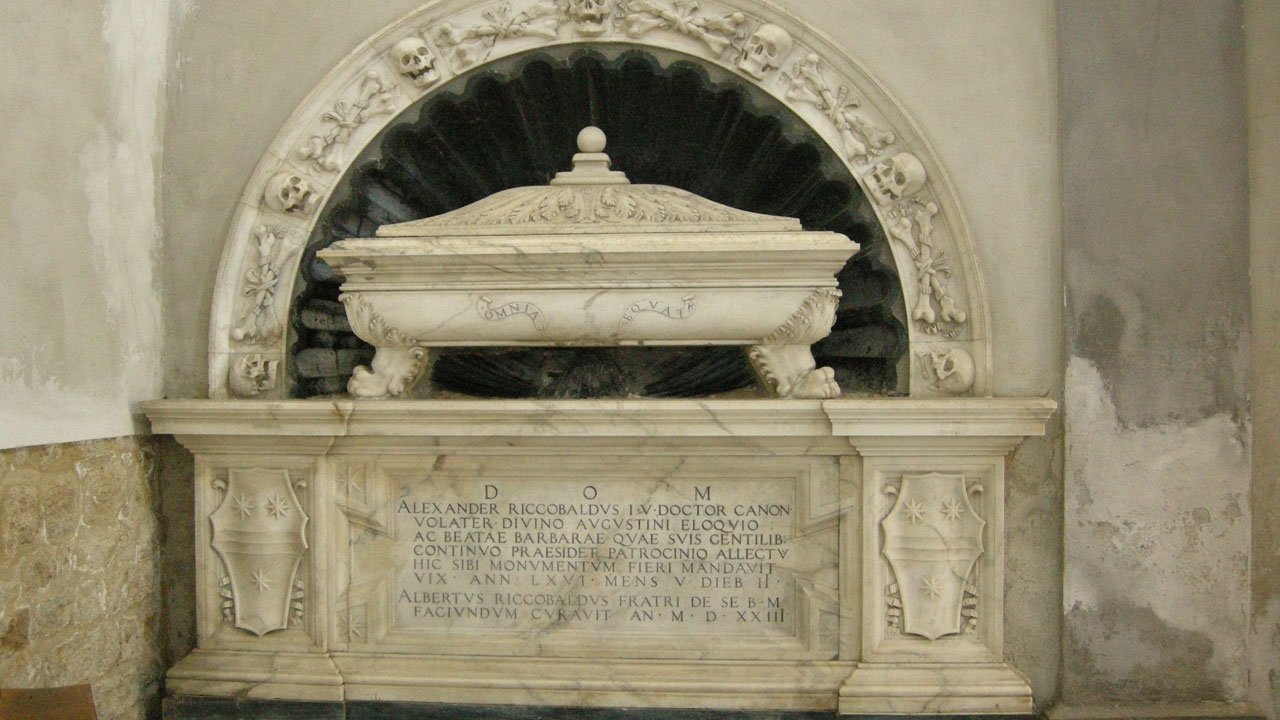 The Diocesan Museum of Sacred Art was opened on June 30th, 2017, and it was set up thanks to Franca Paoletti Adamo’s heritage, as the plaque on the right wall of the church says.
There are panels and multimedia stations in the introduction area, which explain the history of the artworks and the original liturgical objects of the church.

Right at the entrance, visitors will see a majestic stone architrave from the 10th century, which once belonged to the San Lorenzo church in Montalbano (Siena). Various ancient bells are located on the ground underneath the architrave, as a symbol of the different bell towers of the diocese.
Once the visitors walk in, they are welcomed by a platform leading to the altar as a sort of red carpet. The main paintings are displayed outside the central platform, on red panels on the walls between the side altars. This way, the architectural and artistic heritage of the church isn’t affected by its new function as a museum.
On the left, one can see a painted wooden cross from the 13th century Castelfiorentino, whereas a 15th century holy water font in alabaster, the typical stone of Volterra, originally from the Chiesa Urbana di Sant’Andrea, is located on the right.

The painting “Madonna in trono e Santi” by Domenico Michelino, a painter from Florence from the 15th century, is hung up on the right wall of the church.
A glazed terracotta bust of pope and martyr San Lino, patron of the diocese of Volterra, made by Benedetto Buglioni between the 15th and the 16th century, is in the middle of the platform.
Going towards the altar on the right, one will see the beautiful ciborium in alabaster from the 16th century with its typical squared shape held up by four columns. On the church’s wall, on the other hand, is the beautiful painting of the Annunciation by Benvenuto di Giovanni, dating back to 1466, connected to the predella.

Also in the middle of the platform is a reliquary bust of hermit Saint Ottaviano, another protector of the city of Volterra, realized by Antonio del Pollaiolo with silver and golden copper. Next to the busts is a series of ancient religious vestments made out of precious fabrics, which accompany the visitors in a sort of procession towards the altar.

In the Santi Innocenti chapel, right from the main altar, is one of the two masterpieces by Giambattista di Jacopo, also called Rosso Fiorentino: the “Madonna in trono tra i Santi Giovanni Battista e Bartolomeo”, made in 1521 for the old parish church in Villamagna.
In the chapel on the right of the main altar is a painting by the main painter from 1600s Volterra, Baldassarre Franceschini, depicting “Santi Tommaso di Villanova e Chiara di Montefalco”. The painting almost looks like it’s framing the tabernacle that once stored the relic of the thorns of Christ’s crown.

In the last display case on the left of the platform is a precious antiphonary in two volumes, realized in 1300 by an Augustinian monk.
A door inside the church leads to the sacristy, which is very well conserved, as well as the original 1600s-furniture and two cabinets displaying precious pieces of jewellery, including some more modern ones.
Walking towards the church’s exit, one can admire the “Madonna in trono tra Santi Pietro e Paolo”, a painting from 1545 originally created for the small rural church of Ulignano by Daniele Ricciarelli from Volterra. The artist was known as the “Braghettone” (“the breeches maker”) because of his attempt at dressing the naked people shown in Michelangelo’s Sistine Chapel.

This work was the second commission Rosso received from Volterra after the famous Deposition. It was meant for the parish church in Villamagna, where it stayed until the 1960s.
On top of a few steps is a throne with a statue of Mary holding the baby. On both her sides are two standing saints, in poses that are pretty much complementary. On the left is Saint John the Baptist, recognizable because of his long stick with a cross, and on the right is Saint Bartholomew holding an open book, recognizable because of the knife that was used to flay him.

Rosso Fiorentino used a pure scheme, with a symmetry dating back to 1400s Florence, which is very different from the style he followed in his other altarpieces, namely the Pala dello Spedalingo and the Pala Dei. In this altarpiece, Mary’s pose and the background remind one of Andrea del Sarto’s “Madonna delle Arpie” , with details such as Mary’s stretched out knee or the baby clinging around the mother’s neck. Bartholomew’s pose holding a book reminds of Saint John in del Sarto’s work, too.

One new feature that Rosso Fiorentino brought into this piece is the flattening of spatial depth through the use of complementary colors, pointing out every sharp edge. The colour palette reveals yellow and green tones to indicate a sort of formal austerity, interrupted by the red tones in the baby’s clothes and the strong glow in Mary’s chest. It looks like the chromatic mix gets denser in the middle of the painting, leaving the more opaque areas on the sides, with the colour being so thin that sometimes it reveals the sketches underneath. This was a very conscious choice of the artist, in line with the style of the time and with the aim to give off a non-finished look and to highlight the protagonists of the scene.

ALL THE MUSEUMS IN THE VALDICECINA