History goes on stage in Volterra

Experience the glory of the Roman period through our ancient theater, one of the biggest and best-conserved ones in Italy

The Roman theater was brought to light in the 1950s by Enrico Fiumi, a historian from Volterra. It was built in the Imperial period and commissioned by the rich Caecina family. Due to its dimensions, 60 meters in diameter and 24 steps, historians think the theater had space for around 3500 guests. It was equipped with a velarium, a big piece of fabric held up by ropes that covered the whole area in order to protect guests and artists. At the end of the 3rd century b.C., the theater was abandoned and thermal baths were built instead

Special combined ticket for the Museums of Volterra
from 1st May till 30th September
only 7,00 euros
for Art Gallery, Alabaster Museum, Palazzo dei Priori, Etruscan Acropolis and Roman Theatre.

The combined ticket is valid for 7 consecutive days.
Under 18 free. 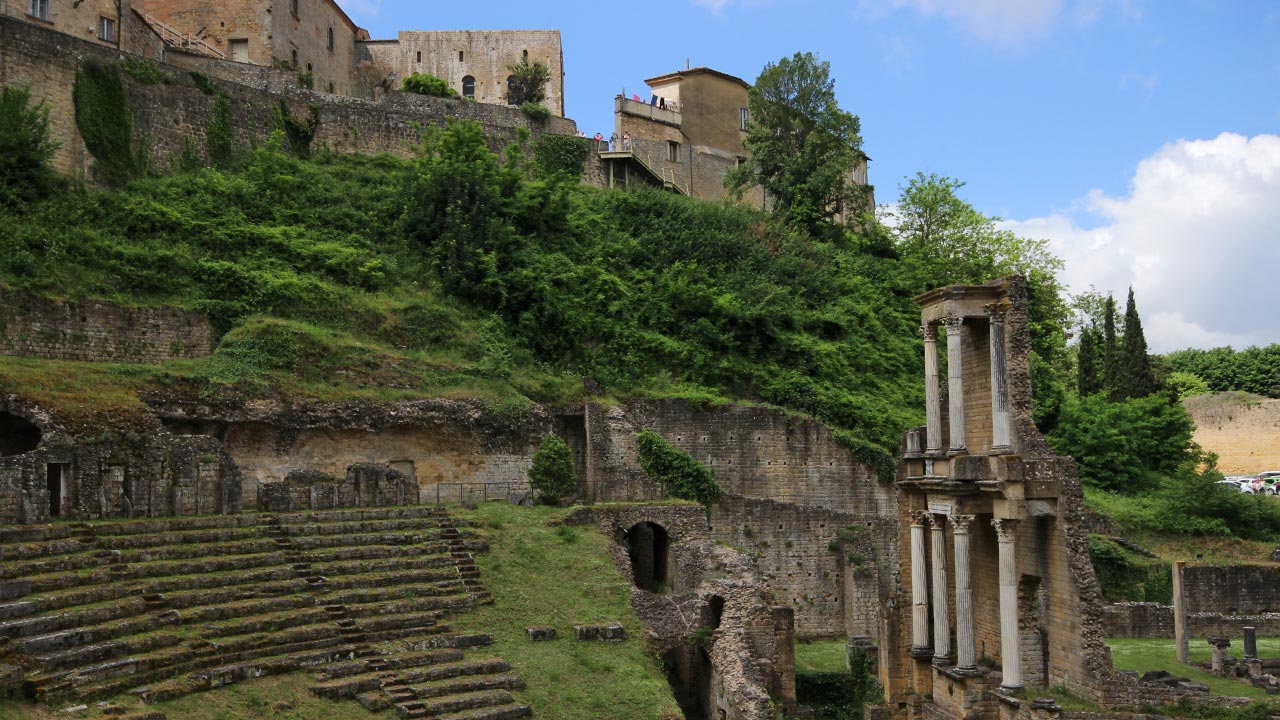 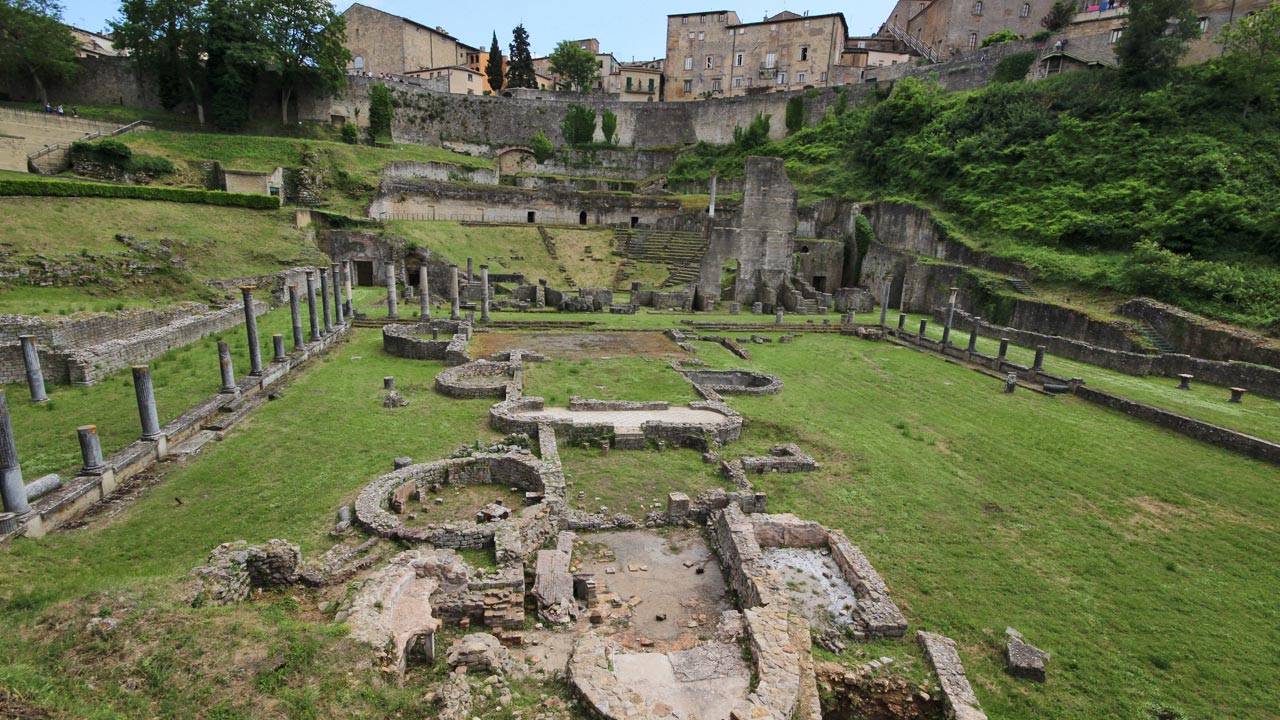 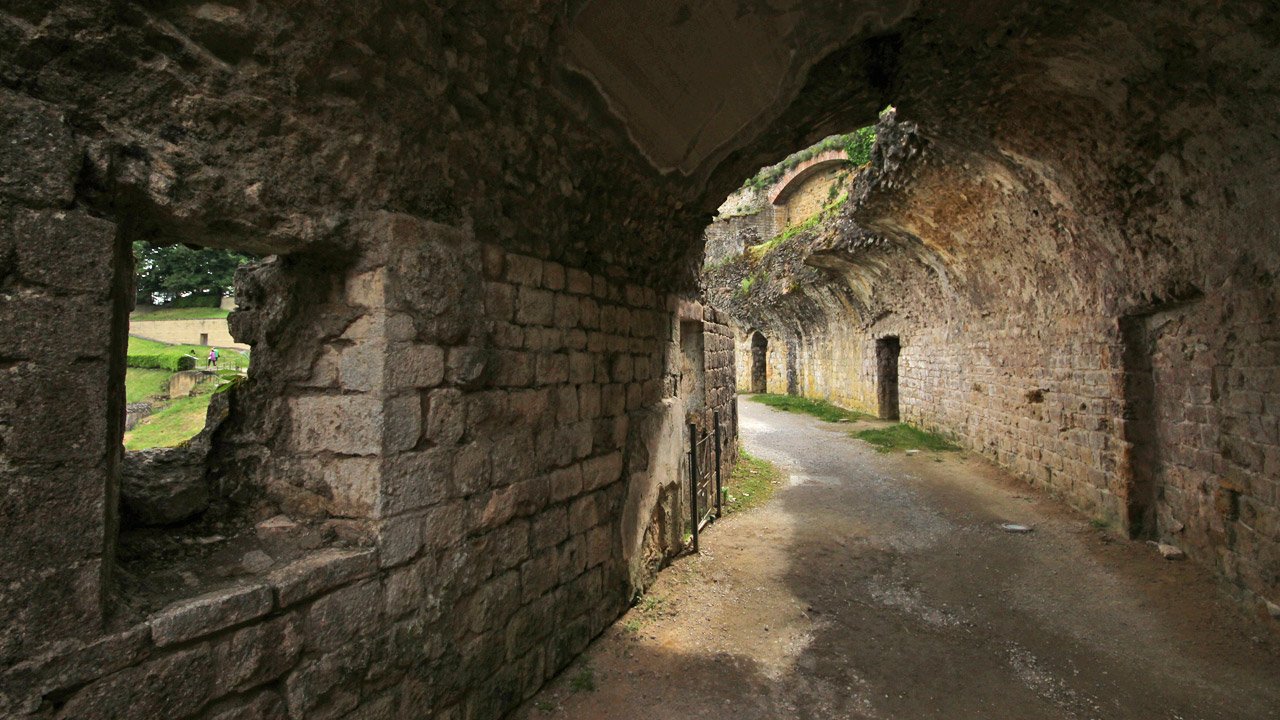 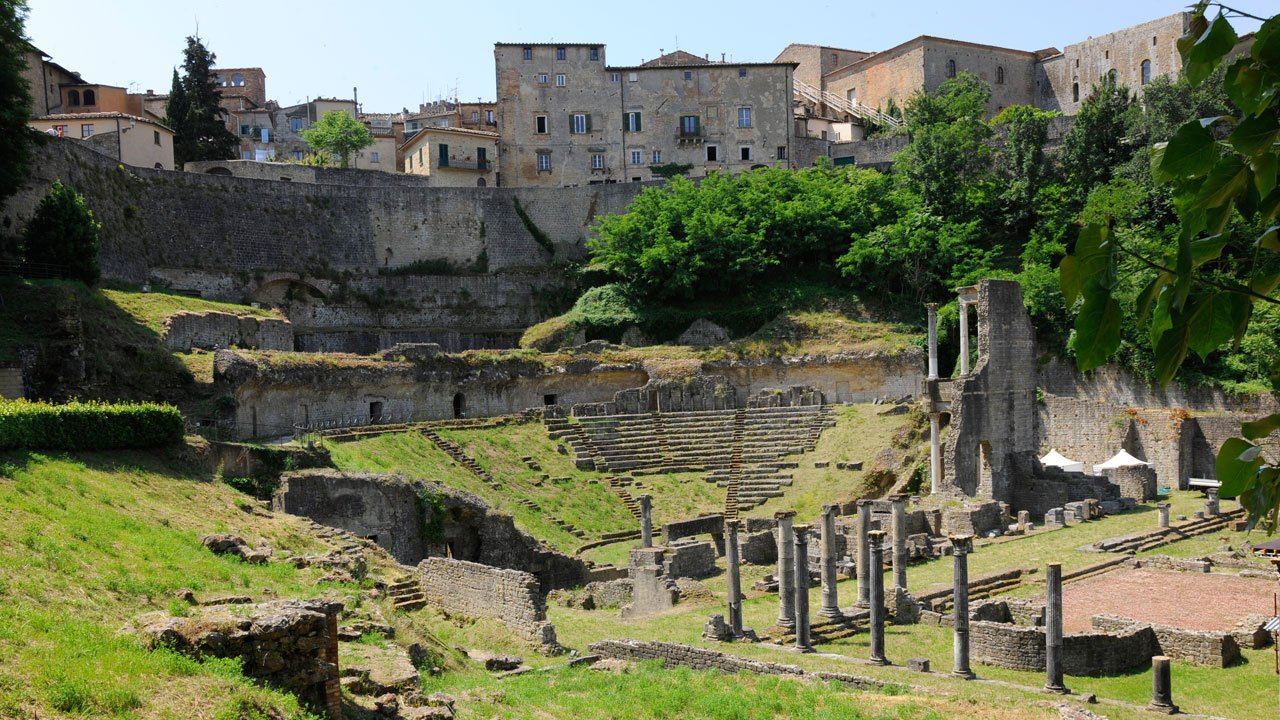 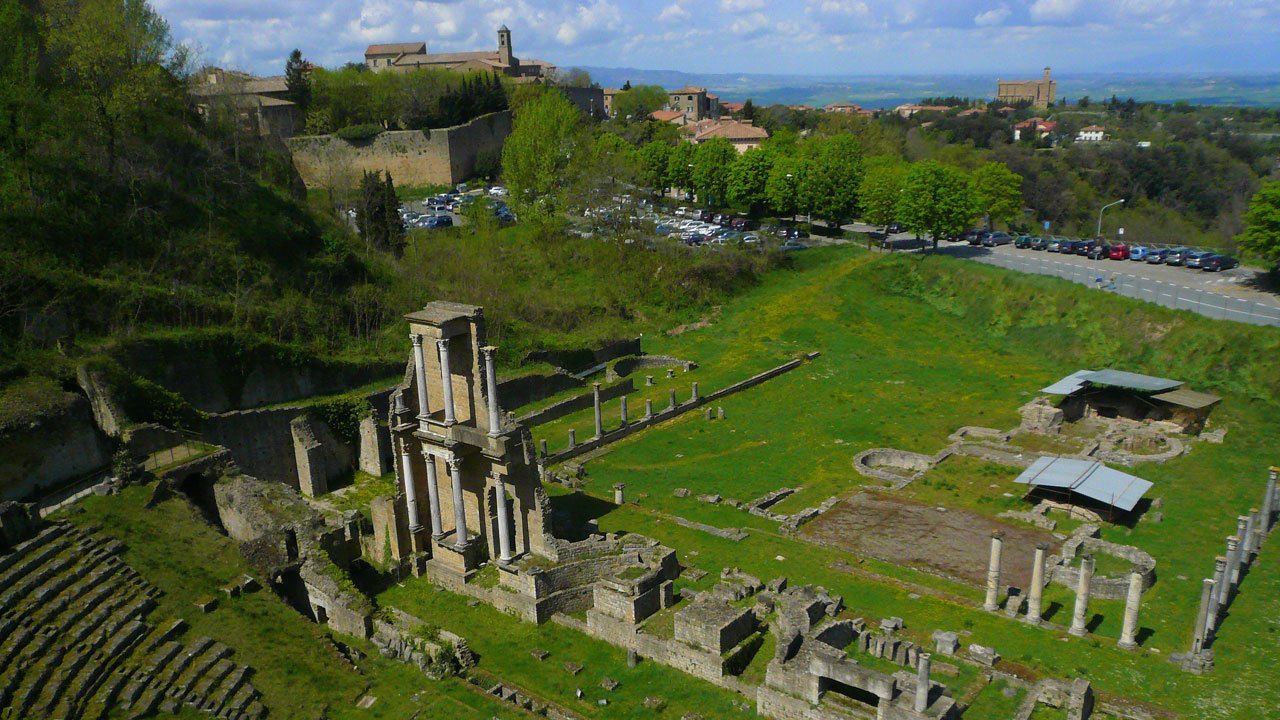 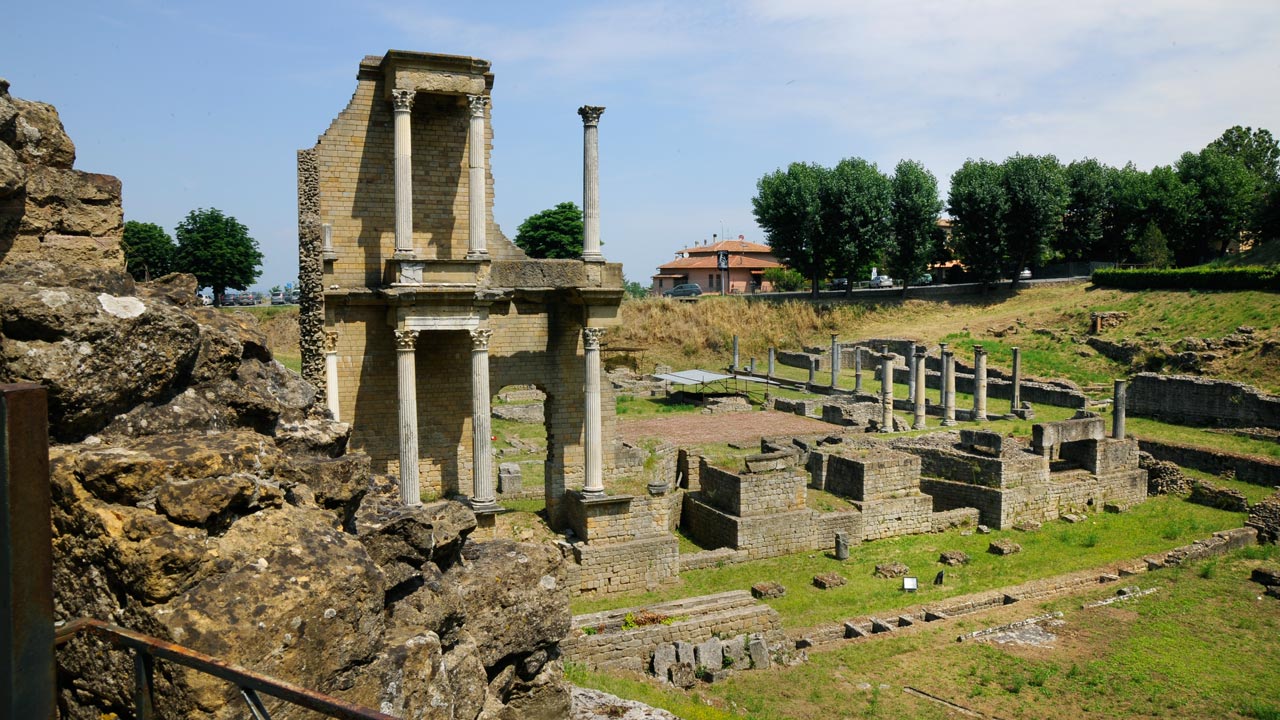 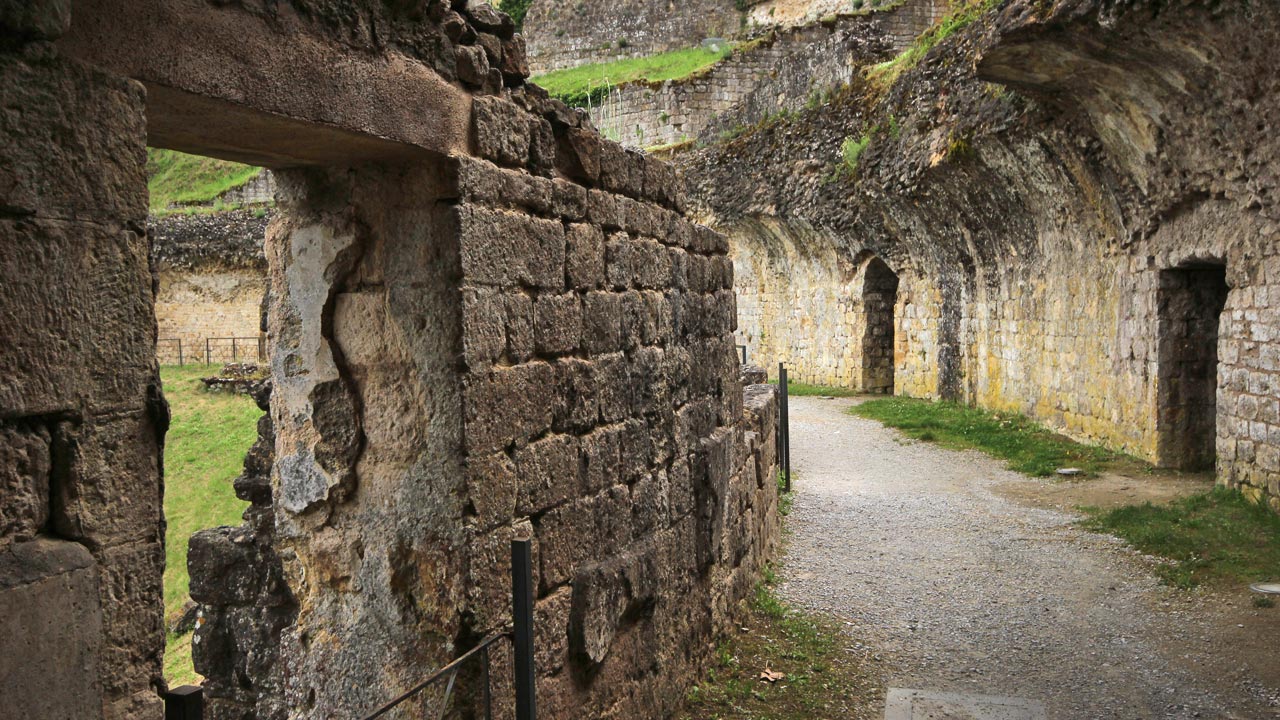 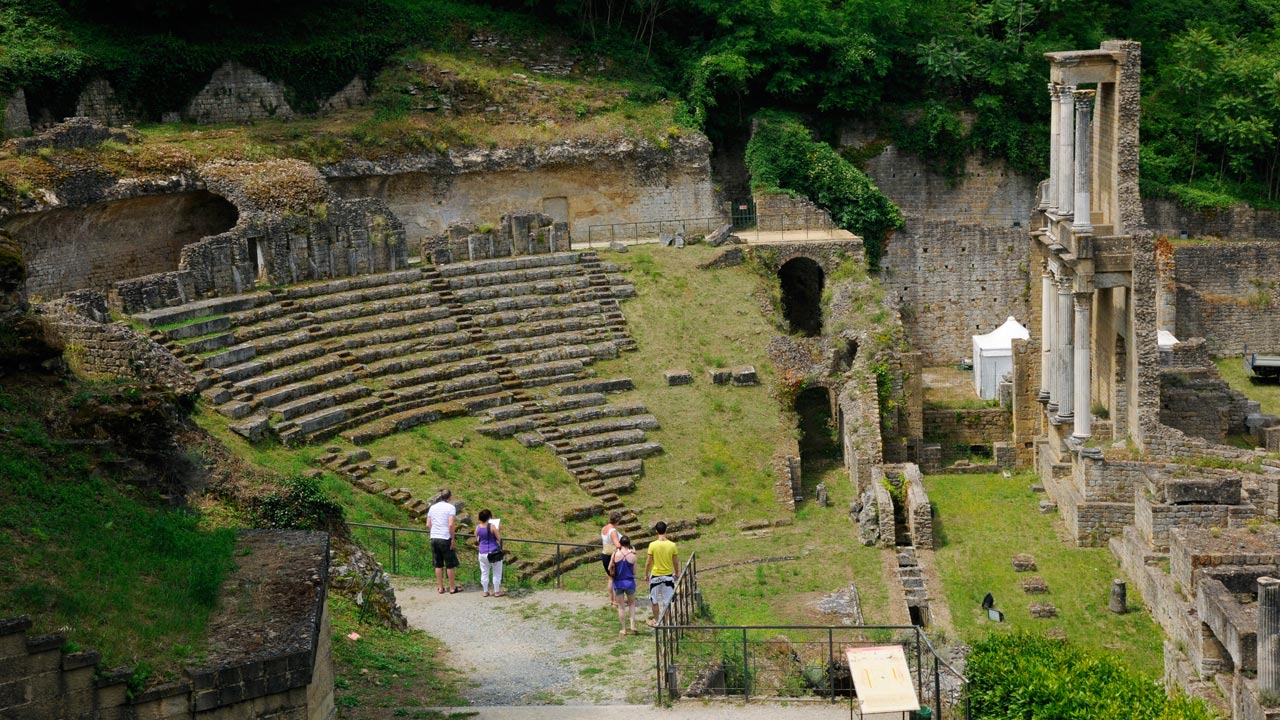 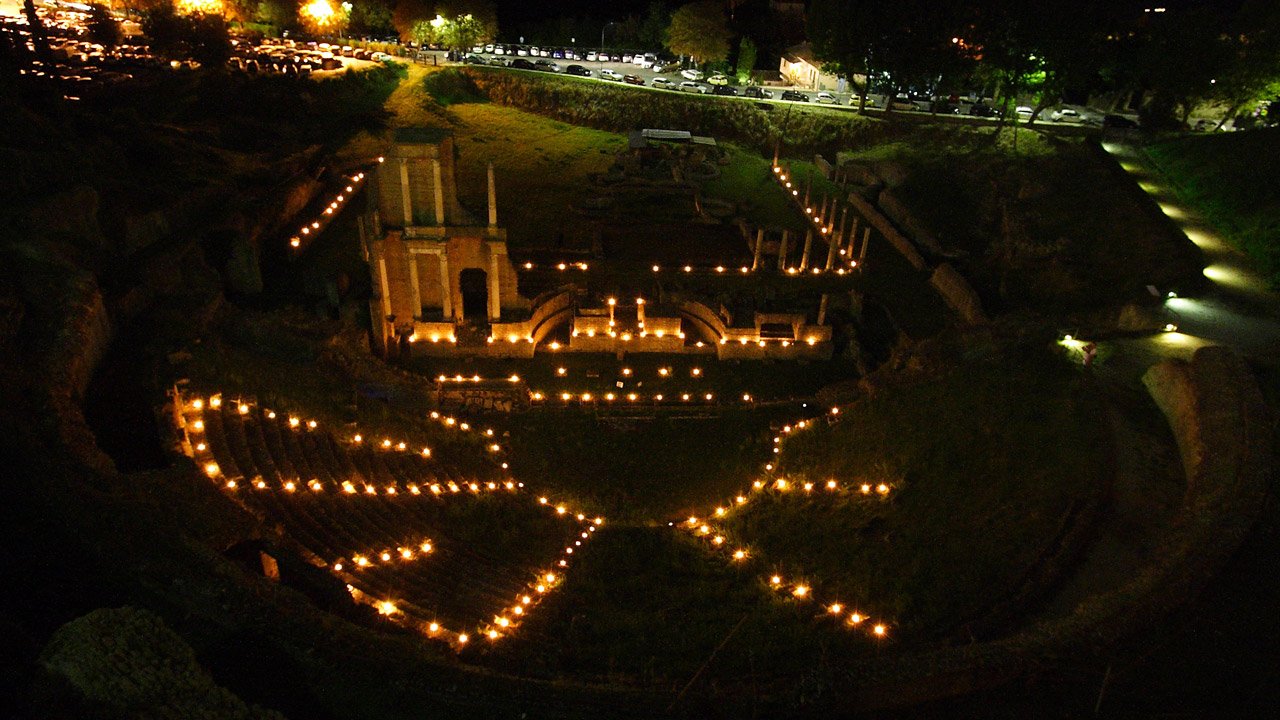 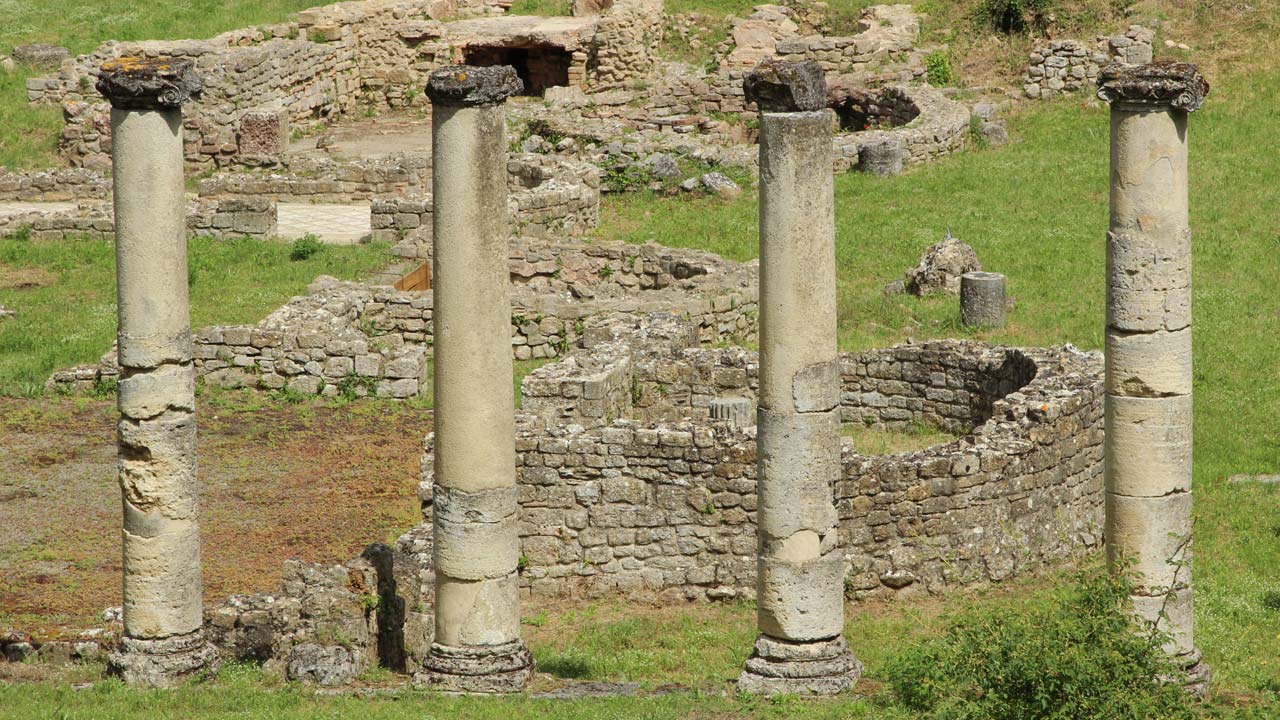 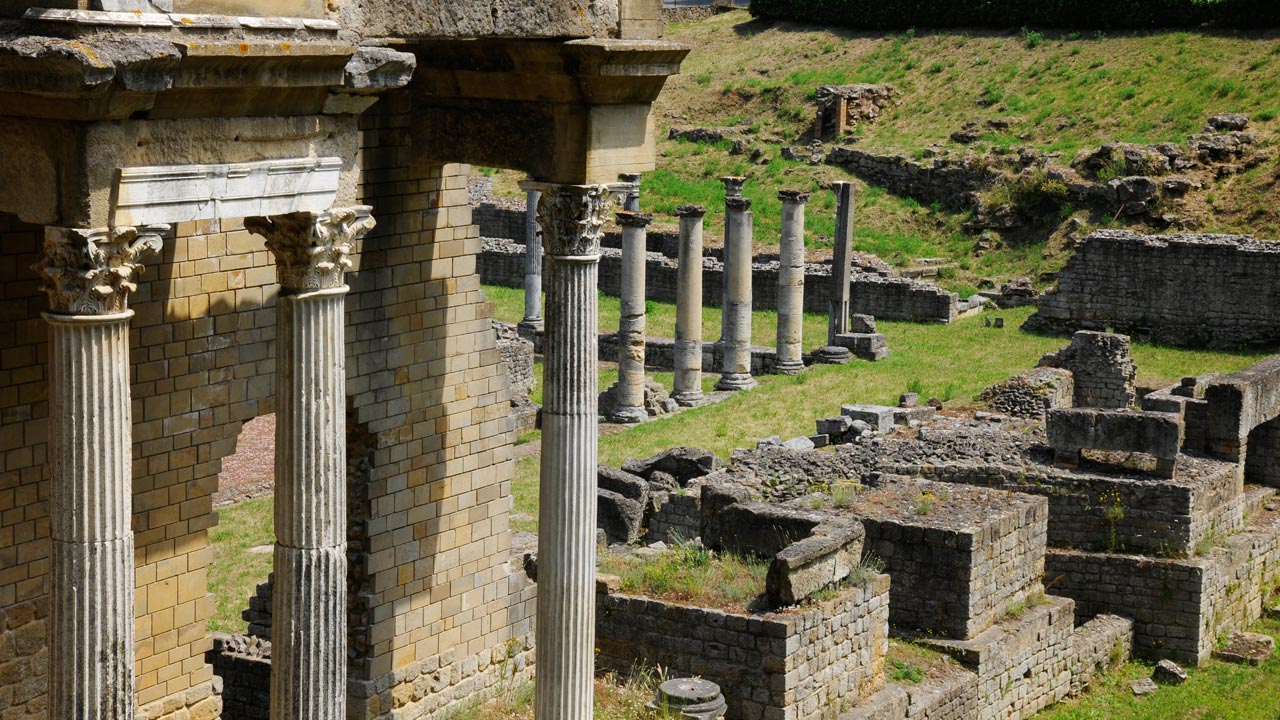 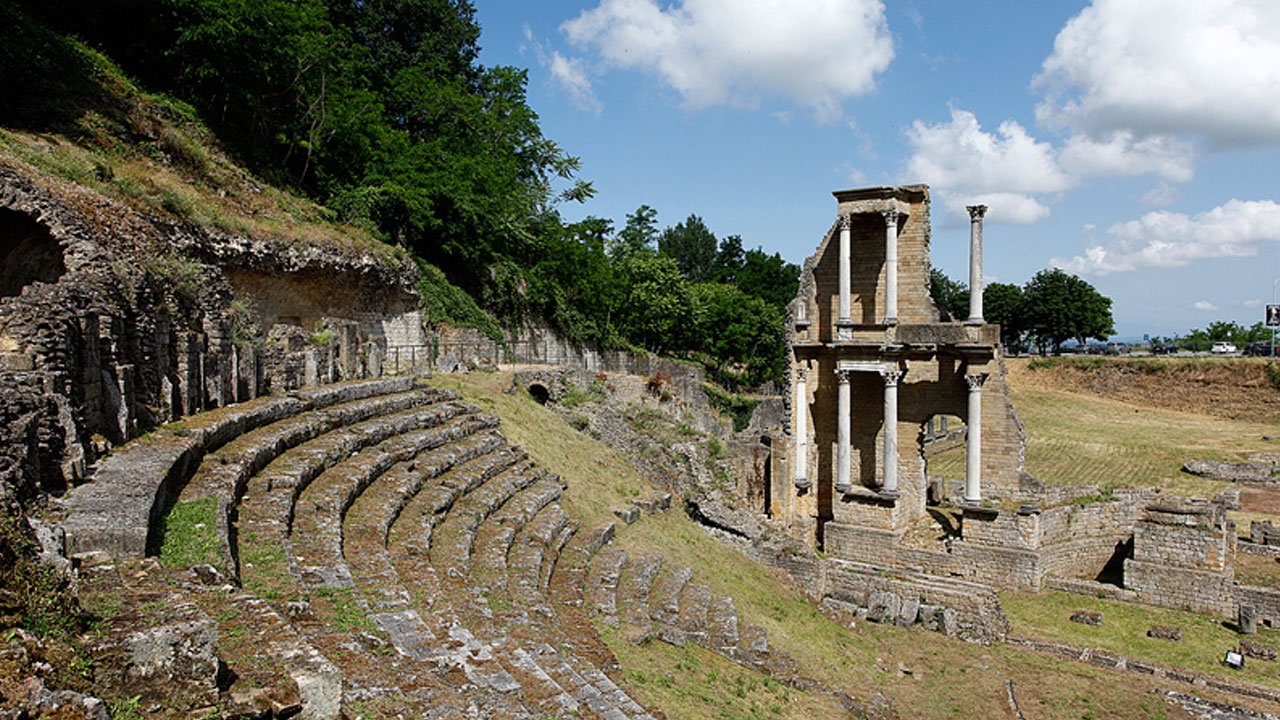 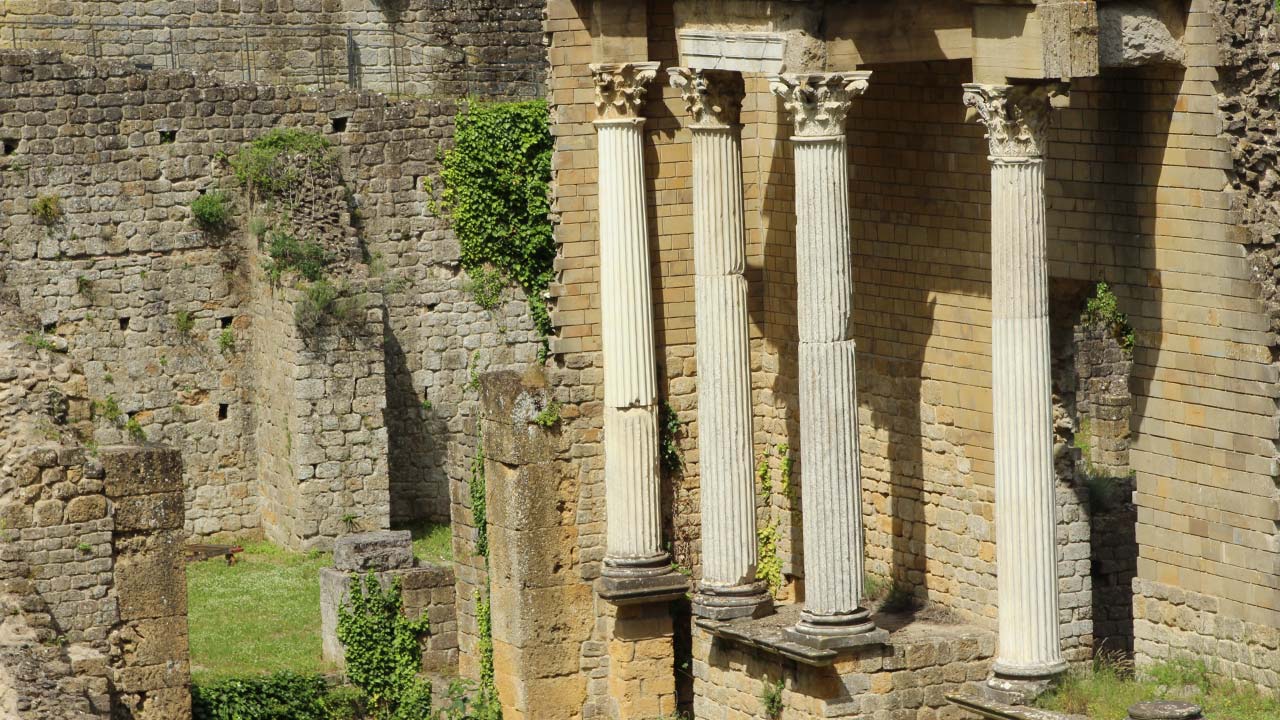 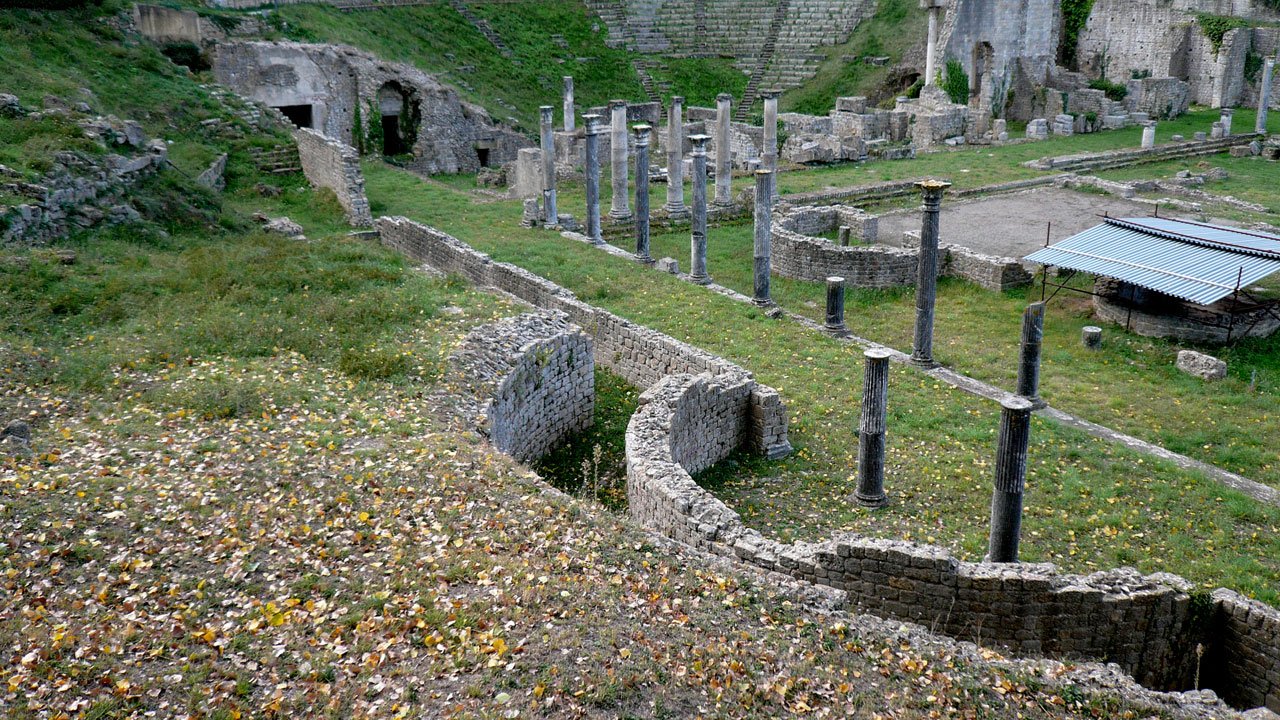 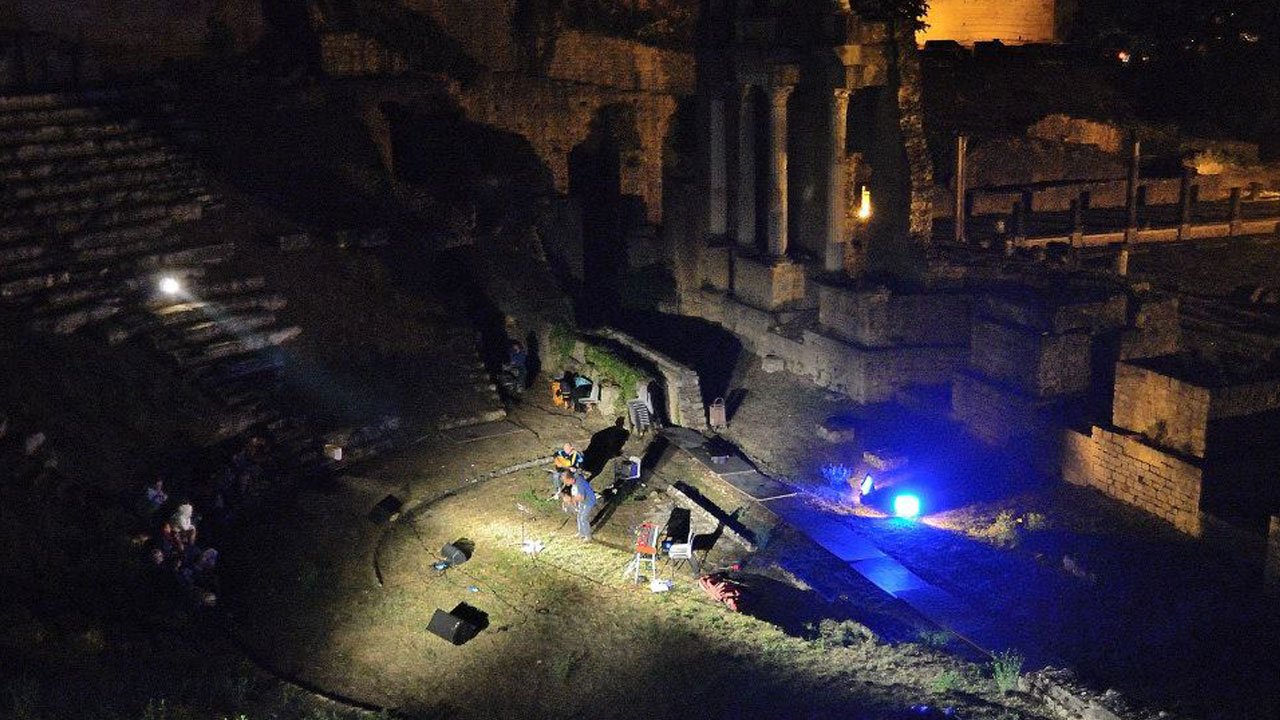 The urban and historical development of Volterra

visible because of the theater compound

Right outside what is today the Porta Fiorentina in Volterra, excavations in the 1950s brought to light a theater from the Imperial period, one of the most beautiful and best-conserved ones in Italy. In medieval times, in the 13th century, the compound was cut in half by the city walls, which were built on the upper part of the cavea and covered the entry to the theater. After the theater, a big arcade (in Latin “porticvs pone scaenam”) (6) was built, with a quadrangular layout and apses on two sides.

Today, the uncovered area of the arcade incorporates the remains of a thermal complex (7) from the Late Antiquity period, which was built after the theater was abandoned at the end of the 3rd century a.D. 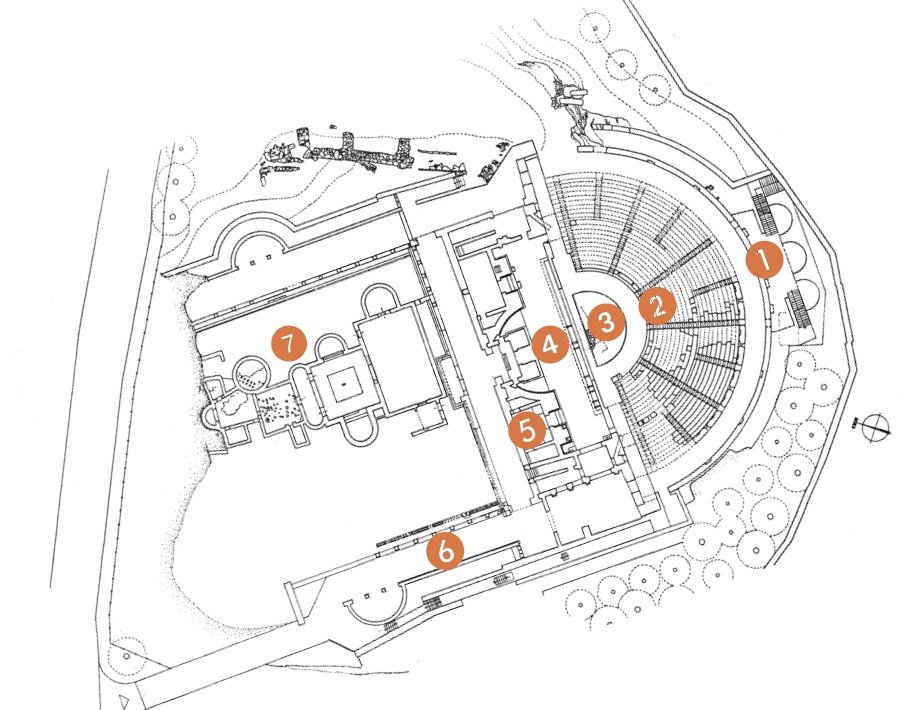 The theater was commissioned by two members of the Caecinae family, Aulo Caecina Severo, consul in the 1st century b.C., and Gaio Caecina Largo, consul in 42 a.D., respectively at the times of Augustus and Tiberius.

Above the media cavea, there was a circular corridor, the crypta (1). It was covered by a double vaulted ceiling and granted access to the cavea through 11 doors. It probably also supported the steps of the summa cavea, but there are no remains of that.

In the middle of the staircase is the orchestra (3), originally a space for the musicians and the choir, but that was used as seats for the important people in Volterra. The orchestra was enclosed by the pulpitum, a small wall covered in marble panels, which, together with a parallel wall, formed the area where the curtains were kept.

The proscenium (4) was built on the second wall and on an indentation at the base of the podium. The scaenae frons (5), the 15.57-meter tall permanent background of the theater, was found collapsed. It was re-built using the remaining elements of it.