A fortified “borgo” on top of a hill

Out of all the monuments and towns perched on top of the hills of the Val di Cecina, the Rocca Sillana fortress is one of the most significant ones. It also used to be one of the biggest settlements of the area, and is now open to the public.

Now isolated on top of its hill and surrounded by a thick forest, this fortress was actually densely populated in the Middle Ages, when it controlled a vast territory.

According to tradition, the name of the castle comes from the Roman General Silla, who besieged Volterra in 80 b.C. In reality, the name Rocca Sillana is fairly recent, since it was known as castle or fortress of Sillano, a name which was documented for the first time in 945 a.D. The name “sillano” is probably just a transformation of the Latin word “silvanus”, which means “wooded”, as this was a densely wooded area in medieval times.

Over the centuries, the Sillano stronghold underwent several changes of ownership.
In 1221, it was included in the jurisdiction of Volterra, and in the 14th century it became part of the feud of the Petroni family.
On 26th April 1386, the stronghold was occupied by Martino Magli from Casole d’Elsa, and afterwards it was purchased by the Signoria of Florence.
On 11th November 1406 with the surrender of Pisa, the Florentines gave the stronghold to Andrea Messer Gherardo Gambacorti from Pisa, as a reward for the services he rendered. Since then, the fortress has been under the jurisdiction of Florence.
In the 16th century the period of decline began. A letter of 1527 by the Capitano of Volterra to the Florentines reveals that the fortress at the time was uncontrollable, having become a refuge for bandits and criminals.
In the second half of the 18th century, the village of Sillano passed to the Municipality of Montecastelli that subsequently, in 1788, was unified to that of Castelnuovo. With a resolution of 9th July 1873, the village of Sillano passed in exchange from the town of Castelnuovo to Pomarance. In 1850, the stronghold was inhabited by the Acciai family who were forced to abandon it due to continuous ‘thefts’. In the late 1980s, the fortress was donated to Pomarance by the Paladini family.

A 360° view from the fortress overlooks most of Tuscany. The current appearance is the result of multiple renovations made over the centuries, to adapt the original stronghold (11th and 12th centuries) to the evolution of military technology, culminating with the introduction of firearms in the 15th century. In that period the imposing polygonal perimeter walls, with corner turrets, were built. Around the fortress, there is a fortified village, whose walls still show the remains of the two main entrances: Porta Volterrana and Porta San Rocco, with numerous remains of houses near Porta San Rocco. Inside the fortress is a mighty guard tower and three large buildings leaning on the walls that overlook a courtyard.
To the left of the entrance, the square tower assimilated into the building to the north (A) stands, this is the oldest building coming from the original medieval stronghold (11th-12th century). Access to the tower was through a door located on the south side but there is no longer trace of the flight of steps. Inside angular stone corbels supported the wooden floors. The excavation carried out by the Archaeological Superintendence inside the Tower in the 1980s has unearthed pottery, arrowheads, fragments of glass and a sword, now displayed in a hall of the Mostra Permanente Guerrieri e Artigiani in Pomarance.
A stone flight of steps leads into Building A, whose access was probably reserved for the captain of the garrison, and led to his living quarters. Still visible are the holes in the walls for the bars blocking the door from the inside.
In Building B, you can see some ‘archers’ loopholes’ and a closet re-used as a built-in cabinet. The building is divided into three areas, which are on different levels and still show the remains of the original terracotta floors.
Building C is only partially standing due to the collapse of much of the vault. The great room, with vaulted ceilings, was divided into three units. Inside, there are the remains of a large oven for baking food, a loophole, a niche with a discharge pipe leading outside, and what remains of a large fireplace.
In Buildings B and C a multiflight staircase, partially built in brick and partially in other less durable materials, gave access to the upper floors. The upper floors are no longer existent. 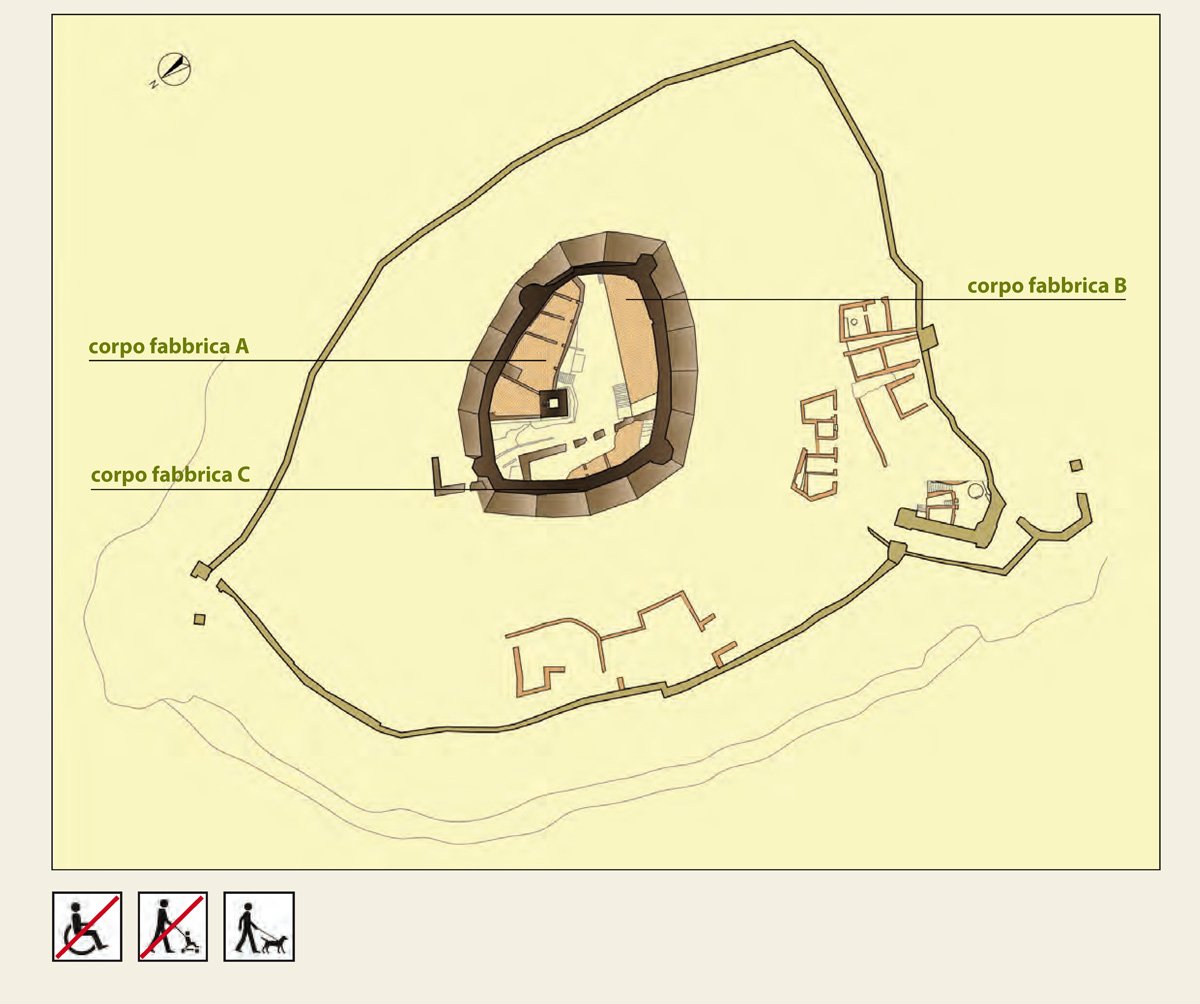 in the Land of Etruscans 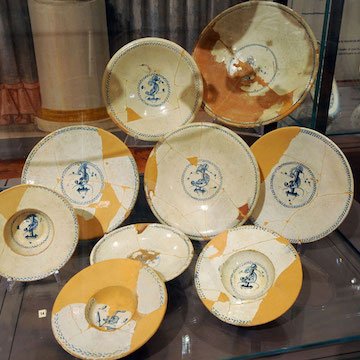 Exhibition on Warriors and Artisans 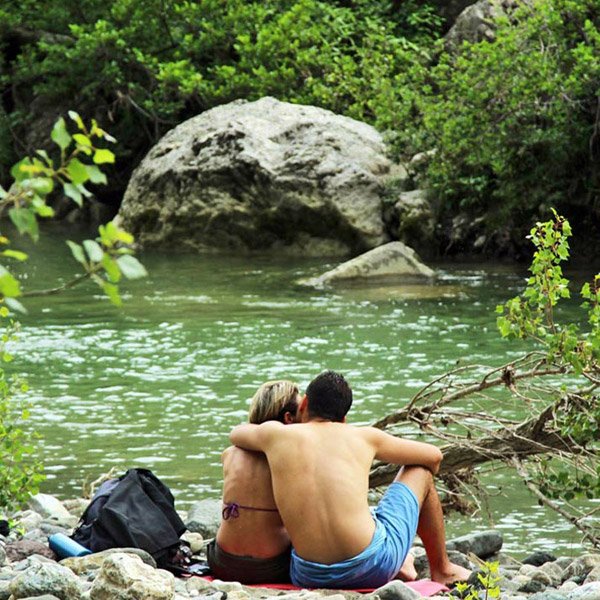 Walking in the woods around the fortress

Nature and History between the Rocca Sillana and the Pavone valley