Its origins are medieval

The ancient church is located outside the town of the castle, along the main road.
Probably built during the 12th or 13th century, it has undergone many transformations. Once it was a large church with three naves, with a facade decorated with white and black bands, facing west; now it is reduced to a simple church with a nave ending in a large apse, while the façade has been moved to one of the original side walls.
Many of its decorative elements have been transferred to the town of Micciano. 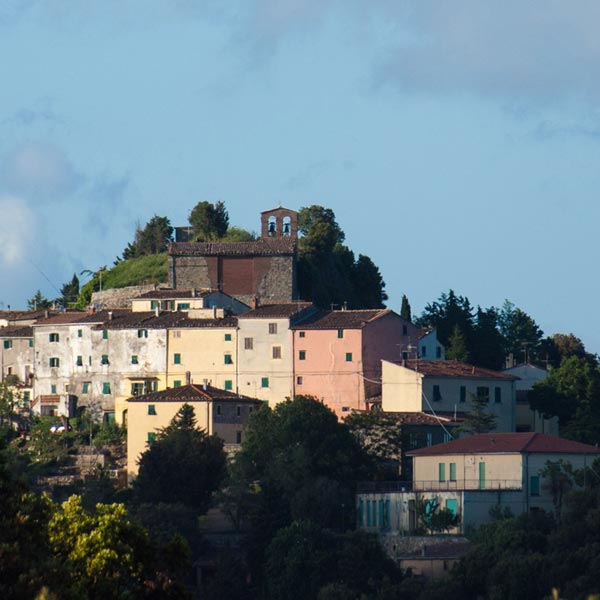