Overlooking the valley from the top of its rocky spur

Built on top of a rocky spur, Montecerboli towers over the Valdicecina, its geothermal events and its long history. It was first mentioned in a document in 1003 a.D., and part of the walls and one gate are still standing to this day. It used to be an important castle on the road between Pomarance and Castelnuovo, but its current small dimensions make Montecerboli a sparsely inhabited town.
The most ancient part of the town, the castle with a circular structure and the 15th-century S. Cerbone church in the middle, is still intact. The modern Madonna delle Grazie church is home to a cross from the end of the 14th century and a panel from the 13th century, originally from Pieve a Morba and attributed to the painter Coppo di Marcovaldo.

Off the road between Montecerboli and Pomarance are the thermal springs of the Bagno di S. Michele, which were discovered by the Romans and exploited until the end of the 1700s. On the hill behind it, the remains of the Convento dei Celestini peak through the thick vegetation. 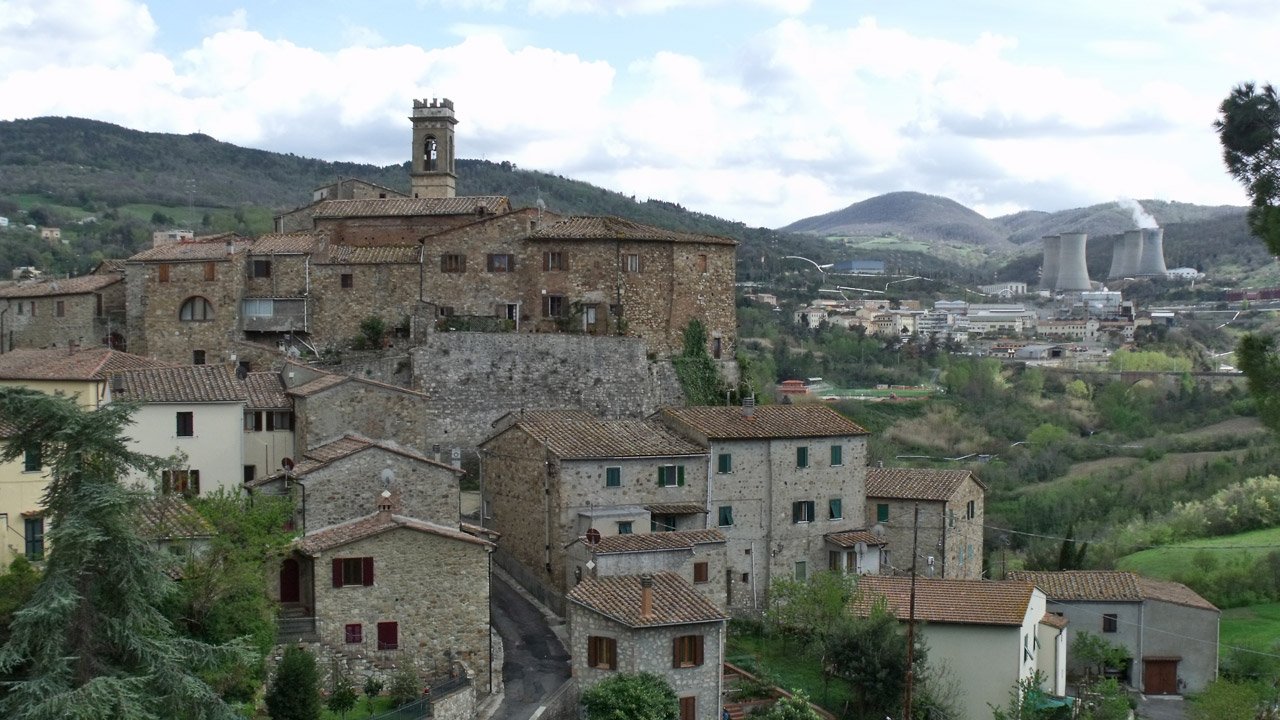 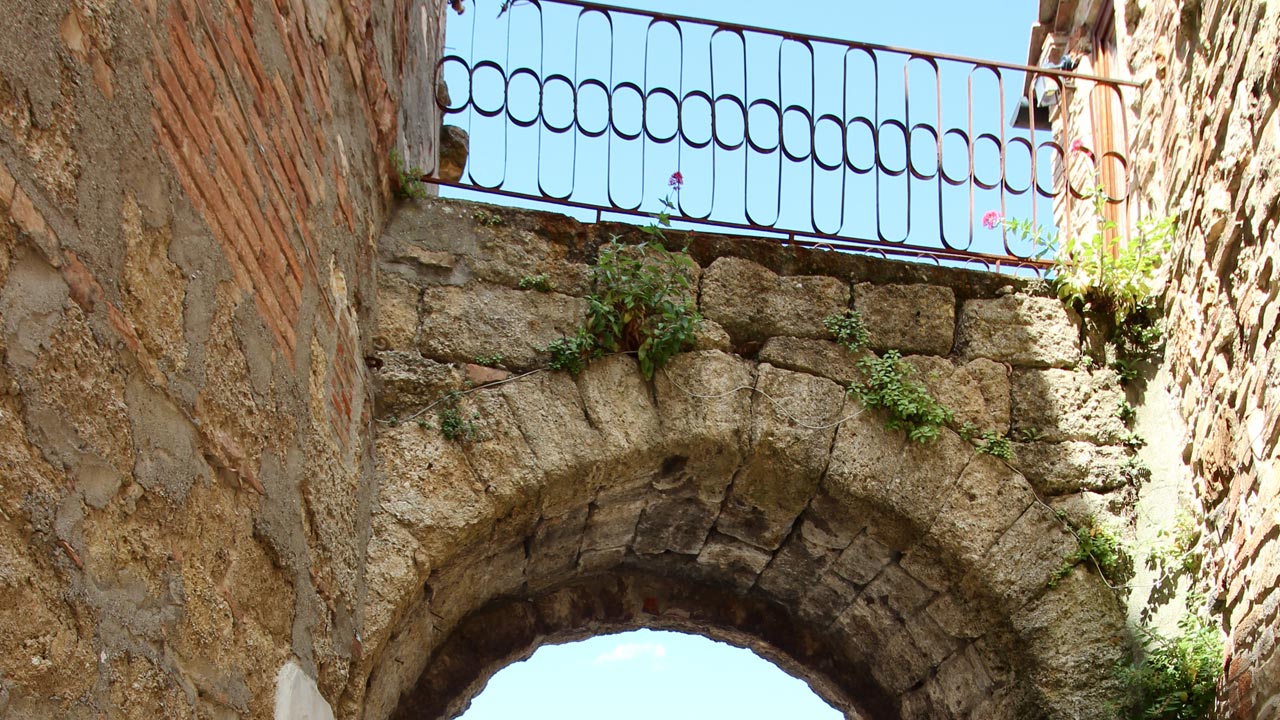 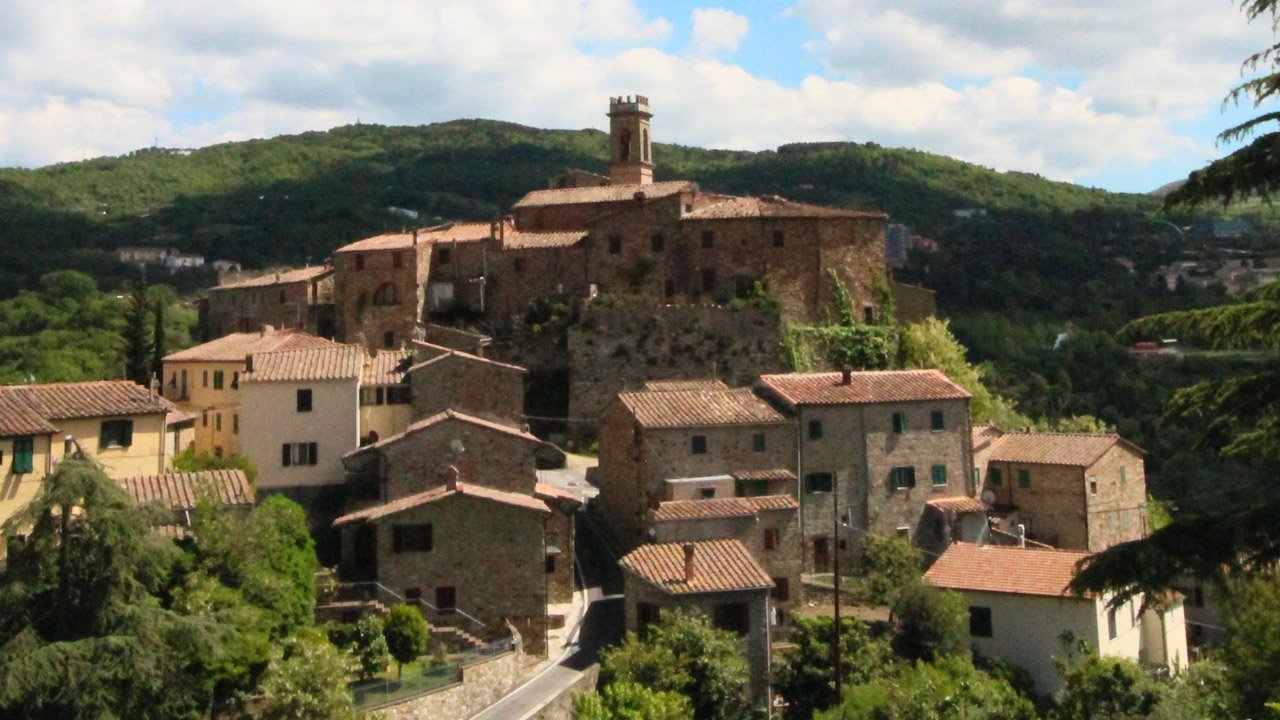 in the area of Pomarance 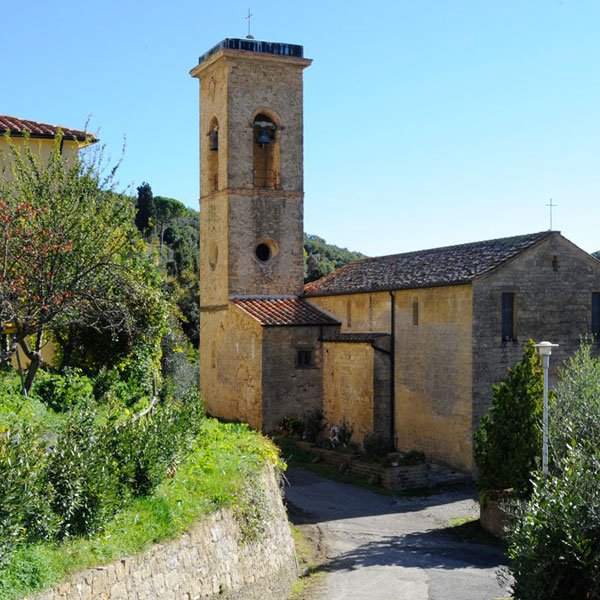