THE FOUNTAIN “FONTE” OF DOCCIOLA

The fountain “Fonte” of Docciola

right in front of the gate with the same name

One can access the “fonte” through a stairway of 251 steps built in 1933 that the locals still call “via delle scalette di Docciola” (“small steps of Docciola street” or, for those arriving by car, directly from the Docciola car park outside the medieval city walls.
Two stone pointed arches built in the first half of the 13th century support the roof of the wash house with the “fonte”, a sort of rustic fountain of water. The water comes in through an opening on the right, which also supplies water to a trough, and one in the middle of the back wall leaning against the hill. Three crosses are located on the sides and in the middle of the facade.
Also on the facade is an inscription explaining when this piece was made and by who.

A small canal dug into the ground of the open space facing the “fonte” used to lead to a drainage system, which discarded excess water outside the walls. This used to supply another basin of water, which people could use when the gate was closed or sealed up.
One of its oldest documentations is from 1224, in a chapter of the statutes of the municipality of Volterra. The statues talked about the construction of a road leading to the river Era from the “fonte” in docciola, but earlier documents mention a “fonte” there, too.

The Docciola gate, which opens up on the valley behind Volterra, was added into the medieval wall a few years after the “fonte”, which was finished together with the walls right after 1260.
The gate was sealed up in the 15th century because there weren’t enough guards for all the gates to the city due to a decline in population. It was opened again only in the 19th century. 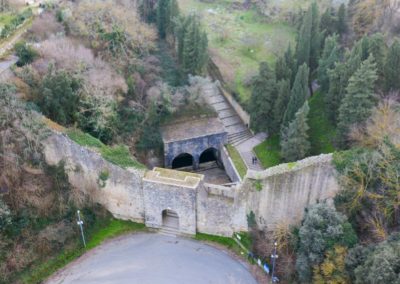 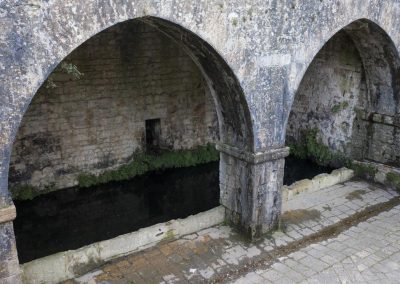 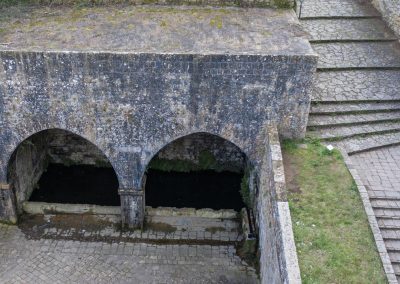 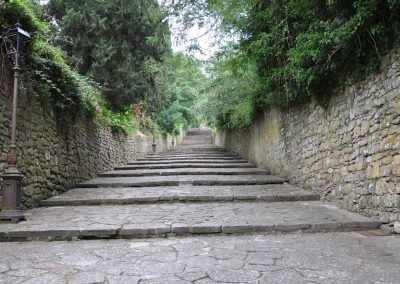 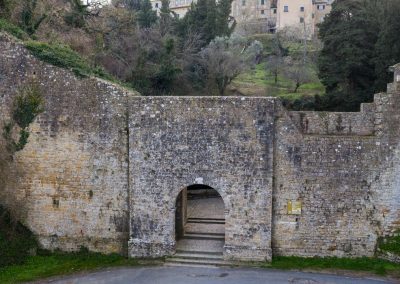 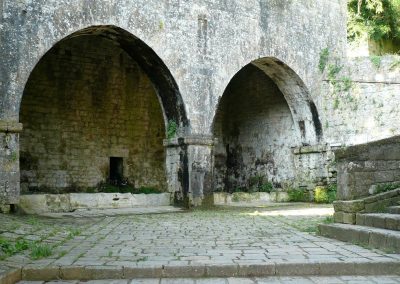